I’m generally quite terrible at getting stuff done. I have to work at it. Constantly. It isn’t a knowledge gap– not at all. It’s not even about willpower and discipline.

It’s about life getting in the way. 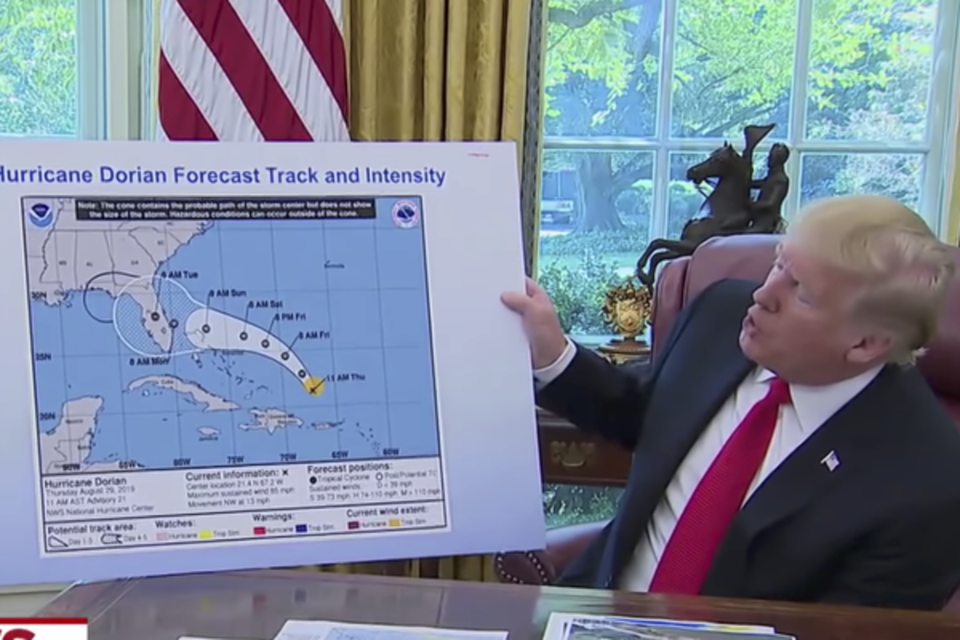 Here’s what I mean:

Hurricane Dorian kicked my ass. Flooded my basement where my wife and I had set up housekeeping (a long story). So now we are encamped on a mattress in the upstairs living room surrounded by all our stuff. To say the least, it’s been damaging my calm. Paralyzing, to be honest.

I normally keep my household to-dos and honey-dos in a red elastic-bound notebook. I work my list and it isn’t hard to get a cadence of getting things done. The book stays home and my better-half picks it up from time to time to see where I’m at. It keeps the peace because that level of shared accountability makes nagging a non-issue.

She comes to me late last week and says, in her gentle wifely way, that I’m not getting stuff done. And she asks me where my book is.

Good question. I hadn’t touched it in weeks and (surprise, surprise) I wasn’t getting a damn thing done.

So I grab my book and do what everyone (eventually and inevitably) does when they are completely overwhelmed.

I opened a new page, dated it, and made a big-ass list of all the things I want to get done before I am released from this mortal coil.

It’s a brain dump and if you’re a David Allen adherent, you’re familiar with this practice.

Of course, that’s not a real actionable to-do list, and it’s one red-crayon away from insanity. But it is mind-clearing.

The next step was to go through the list and create actual to-dos in the right systems.

Because: I can do anything, but I can’t do everything.

Bam. Control re-captured. The ironic thing was (and my bride was quick to point this out), is that if I’d kept up with the list in the face of disaster, I’d have been more centered and organized.

Systems work if and only if you work the systems.

So what makes an actionable to-do item?

Wherever possible, I state my tasks as teeny-tiny epic stories. I always include in the tasks a bit of the why. And I keep it specific and actionable.

Sometimes, I’ll state it as if I’ve already done it to make sure I focus on the desired result instead of just the activity.

WHAT for WHO by WHEN at WHERE because WHY.

(The HOW goes in the task’s detail).

Naturally, not every task can be stated that way and not all 5 Ws always make sense, but it’s a good start.

“Board report” is not a task. That’s a flagged email.

“Write the section for the board report” is better.

“Draft the board report Office 365 section for Jim by Tuesday because he needs to have time to review it before submission” is even better.

But I like to add a little flair as inspiration to actually get started, because beginning a task is always the hardest part.

“Craft the Office 365 story for this year’s board report by Tuesday morning so Jim can showcase value and inspire adoption”.

Now, that’s a task worth doing!

It’s no accident that composing tasks for projects has a similar structure and when we talk about Planner, I’ll share how that works.

Proper outcomes-based goal-setting follows this approach as well. I have a daily and weekly routine for this that I’ll layout in a couple weeks.

And, to be honest, subject lines in emails could be served by this method, but that’s another story entirely.

We’ll spend some time on Microsoft To Do and how its workflow works, but I wanted to get this whole notion of what a task was to begin with out of the way.