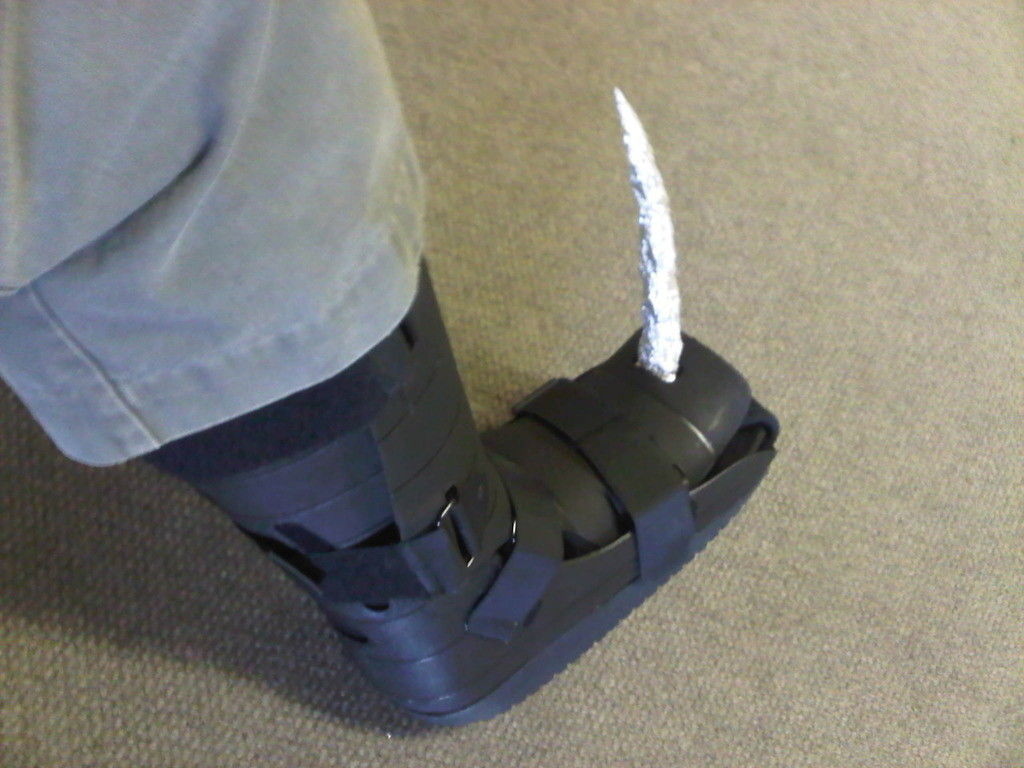 So, I slipped on the metal threshold of my front door while taking the garbage out. Wearing Crocs. In the rain.

Several parts of my body impacted upon the metal railing with all due force expected of a man of my girth falling whilst flailing his black-bag laden arms. My ear is sore and I got a nasty bruise, but the outside of my left foot took the brunt.

It’s called a Jones fracture that may require surgury if I don’t take care of it and keep it in this snazzy boot.

I like the boot as it’s more sanitary than a cast and I can take it off at night to air out my foot (foul-smelling at the best of times).

I feel like a gimpy super-hero with it on — or at least a little self-conscious.

Anyway, I felt like kicking ass so this is my ass-kicking attachment.

It got me thinking on what else I could. So far, it has been suggested that I put on a pair of slinky-eyes.