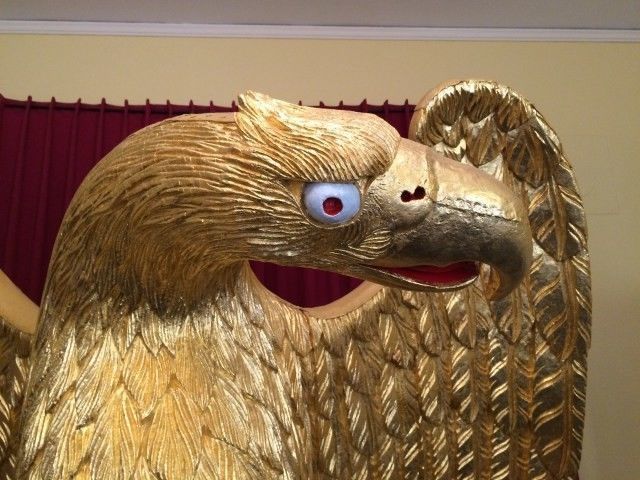 Last week, I spent my time with my best gal in Massachusetts. We’re both interested in maritime and colonial lore, so we set up camp in Danvers on the north-side of the state… cheaper hotel rates and within driving distance to wherever we chose.

Now, the area is steeped in rich history, not unlike our own Nova Scotia. We have our share of shipwrecks, lost gold and ghosts.

Danvers used to be known as Salem Village. Not only is it notorious for its role in the Witch Hysteria of 1692 to 1693, the 19th century Danvers State Hospital is said to be the inspiration behind Arkham Asylum. My wife could care less about Batman. Ahem. She likes witches, so we planned a couple day-trips to the city of Salem. We’d just finished binge-watching the television show, so why not?

Our first stop was the Salem Visitors Center. At the booth was this tiny old guy named Bob, and we were quite taken with him. He was a retired schoolteacher who filled his days educating tourists.

“Now, do you want to know the hysteria or the history?” he asked us.

It was mid-morning, so we opted for a more historical approach to Salem. There would be time enough to get our witch on later.

Bob took out a map and ran off his spiel about the must-see destinations. Little of what he talked about was about the Salem we knew of. Intriguing. Even the Witch Trial stuff he directed us towards was less sensational in nature.

So off we went. It’s a quite walkable town and we started with visiting the memorial— some stone benches with the names of the Witch Trial victims. Neat.

As we strolled downtown, what struck us was the singularity of purpose with which Salem’s entrepreneurs approached their enterprises. It was a perpetual state of Halloween. Kinda like Groundhog Day. Witch Museum, Witch Dungeon, Witch House, Tarot, Psychic Readings. You couldn’t swing a dead cat without hitting something related to witchery.

We made our way to the Witch’s Brew for some lunch, then down to the House of the Seven Gables and learned all about the Scarlet Letter’s author, Nathaniel Hawthorne. Bob said it was top of the list and I don’t disagree.

Another stop we made was to the Custom House where a National Parks guy named Kevin gave us a tour of a replica of the 18th century cargo ship, Friendship. We found him to be quite colorful as he told us of Salem’s true legacy with commerce in the Golden Age of Sail.

Our next sojourn into Salem also began with a visit with Bob. Armed with some knowledge and a mitt-full of pamphlets, we picked our way through the museums.

Upshot? Salem is a neat place to visit, but not for the reasons you expect. We were pleasantly surprised at the richness of the experience. Especially with a mouthful of confectionery from the nation’s oldest candy store— one of the many treats of Salem.

NOTE: This is also posted at Reader’s Carnival.