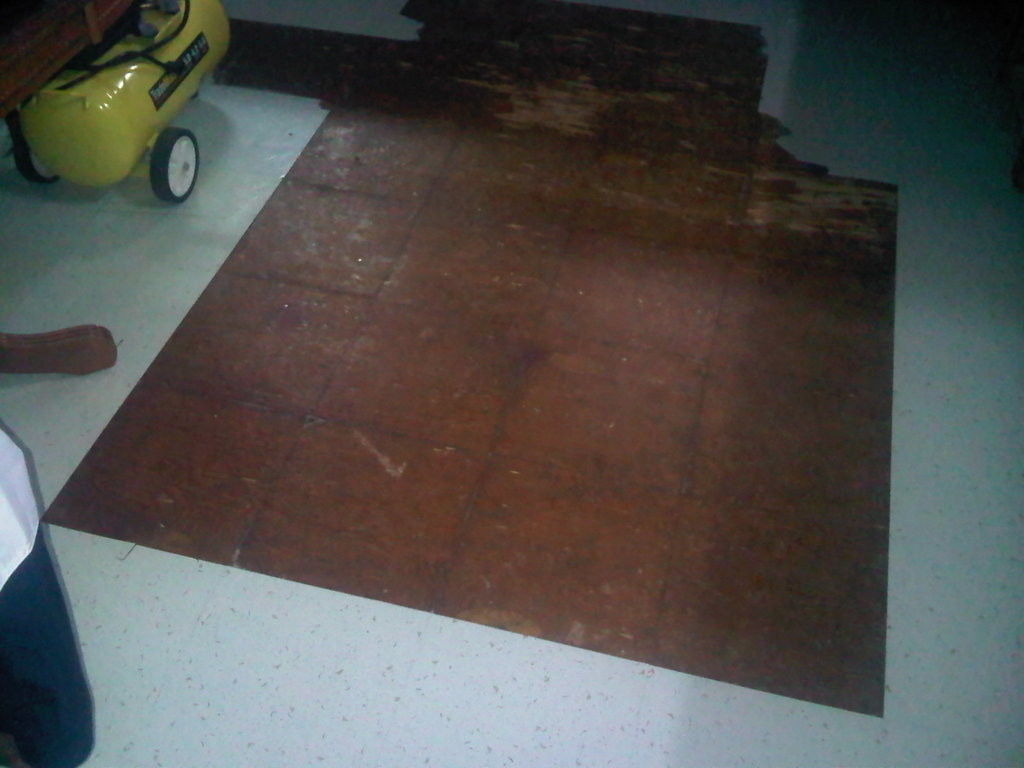 So, I had an hour between coming home from work and taking Adam to guitar lessons. I decided to haul up some the old tile in the kitchen as part of the discount reno plan we’re cruising thru prior to the nuptials of Carye and Alex.

I was sitting on the floor, legs splayed and scraping tile between them (“knife to yer buddy, not yer body”). I had a good pace going. I was in the zone.

Now even tho this was old tile, the adhesive underneath was as sticky as when it first went down — at least it wasn’t cement.

I reached a point where I had cleared all I could reach from my seated position and made to move to virgin turf and resume my assault on the floor.

Having not realized that my calf had drifted on to the newly exposed floor, I did not hesitate in lifting my leg from its resting place and stood rapidly.

There were two kinds of noises to be heard at that point.

First, was the ear-splitting sound of tearing that one might expect from a surprise back waxing or a sudden band-aid removal thru a megaphone.

The second series of noise was emitted by me in the form of a litany of colorful expletives that would make Joe blush.

Rhonda came home, I took Adam to his lesson and after the dust settled, I shared my ordeal with my always supportive and sympathetic bride.

She laughed until she cried…