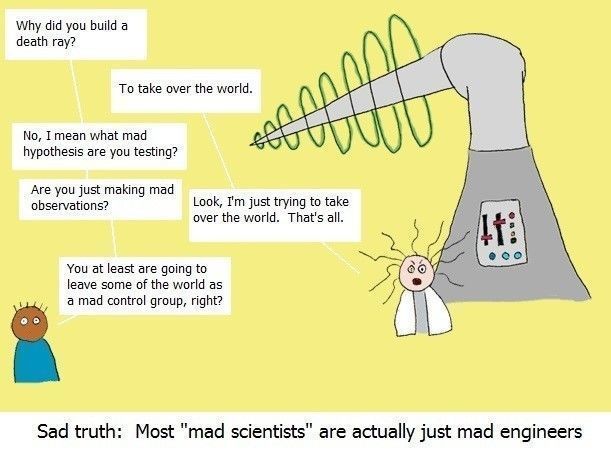 One week later and I still can’t let this one go.

I was listening to CBC radio on the way home last Friday. They were talking about the recent NDP commitment to make Nova Scotia’s power system greener by 2020. The specifics are typically nebulous with pretty loosey-goosey terms of reference. Who knows what the actual plan will come out of it. Politics. Ugh.

What set me wild though wasn’t the initiative. It was the discussion on what I can only describe as the stupidest, reckless and borderline-evil idea ever.

I mean, I was expecting Lex Luthor to come out from around the corner to take credit. And not a Gene Hackman or Mike Rosenbaum “Luthor”, but the full-on bat-shit silly Kevin Spacey version.

So, get this: some consortium including some boffins at Dalhousie, green venture capitalists and NS Power (talk about a fox in the henhouse) are working on an idea.

The assertion is that the targets proposed are impossible to achieve with alternative energies and reductions alone. They may be right but that’s a different issue. Courage to change societal behaviour is the real challenge. Anyway, they propose to simply remove the CO2 from the equation.

The plan is to capture the CO2 emissions at the source — say, the smokestack of one of our coal-fired power generation stations — and cool it to a liquid. They’ll dutifully try to remove an appreciable amount of waste toxins to some safe tolerance. Great.

Next comes the baffling part. Are they talking about treating it with methanol or something to produce a new fuel? Nope.

The grand spark is to bury the liquid CO2 in an 800m hole in the ground using a process known as geo-sequestration (translation: squirt it in to rock that absorbs CO2). Then cover it over with different rock that will trap it in.

Promises of monitoring. Pledges of safety. If Alberta and Albania are doing it, it must be a cool thing to do, right? Right?!

It's still dumping toxic waste in to a hole in the ground. Period.

Is this a way to absolve ourselves of the guilt of consuming energy with abandon and keep the consumer-engine running?

Maybe I just don’t get it. Perhaps I’m missing the big picture. I hope someone can explain the sensibilities of this to me someday. It just sounds like a dumb idea.