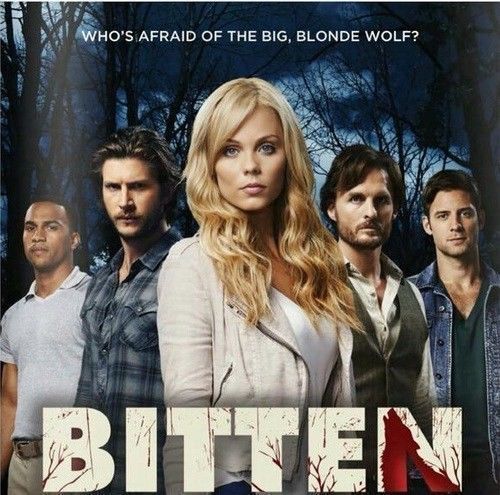 When announced that Kelley Armstrong’s first book, ‘Bitten’, was headed for the small screen, fans were pretty darned stoked.

Laura Vandervoort’s casting was perfect. Some were initially concerned that the series would feature werewolves only and not the rest of Kelley’s rich universe in the full Women of the Otherworld series. However, most are prepared to put that aside and simply hope for a spin-off featuring Paige Winterbourne.

The show, like the novel, is very adult and certainly not Twilight. With lots of sex and violence a la ‘True Blood’, there is much to delight genre fans. Really, the only big disappointment is with the quality of the special effects. The CGI wolves aren’t quite right.

Being only 5 episodes in of the 13 episode season, comparisons are preliminary and perhaps even premature. However, fans of Elena and Company are on the case. The plot so far follows the book quite closely, with Fang-tastic Fiction noting some key differences:

Here is Kelley Armstrong, on the differences between the book and the show:

I really didn’t have any influence. And that is what I felt was the correct stance to be taken. I mean a TV show is an adaptation. It is another version for a different medium. And to take a book and translate it directly to screen would make a very boring book. Because I will warn you, in “Bitten,” I spent way too much time in Elena’s head.

It is [my baby]. And I think that is very difficult. But I think it’s also very, very necessary because this is my work envisioned by other writers and by actors. And I’m thrilled to have that happen. I’m thrilled to have, you know, current readers see it on a screen and new people see it. But it’s not supposed to be my books translated to the small screen.

source: tvismypacifier Even though fans enjoy it, 'Bitten' is only getting a 36% fresh rating on Rotten Tomatoes, making it sketchy as to whether it'll be picked up for a second season.