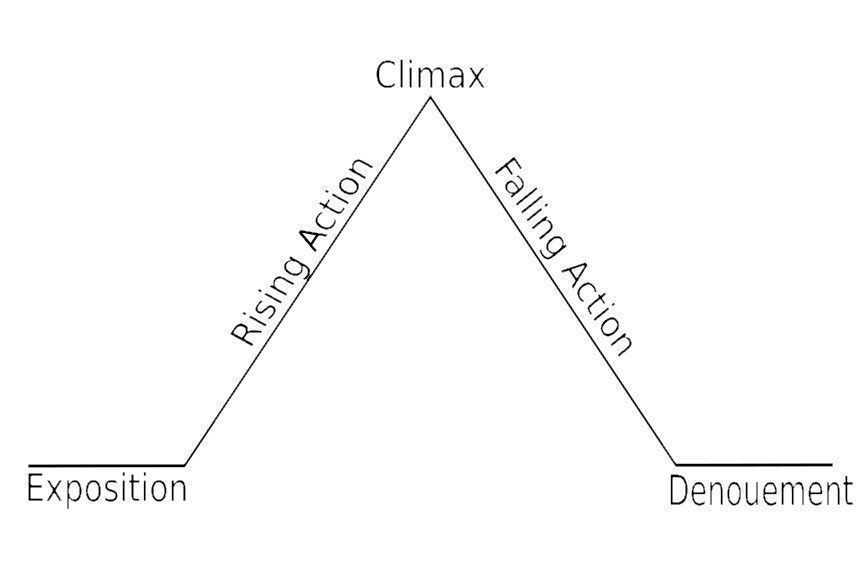 Let’s start with a serviceable definition of plot:

A plot is the event or events that are used to insure that you get your story and characters from point A to point Z.

In the sense that all stories move a character along a journey, be it emotional or physical, then most stories have a plot. The plot accents the intersection of events and how they affect your characters. How they react, or, in the case of characters causing conflict, how they instigate that conflict in the first place. A plot should make the reader curious about outcomes. The moment a reader thinks they know everything that is going to happen, they stop reading.

But, characters simply doing things isn’t plot. Plot is the main event chain of the story. You can write a day in the life that would be entertaining, but it doesn’t need a plot per se. You can write a charming one-hundred word vignette where someone drinks a cup of coffee and checks their email. Sure, the character is taking action, but it doesn’t necessarily rise to the level of plot.

There is the old adage that ‘villains act while heroes react’. The heroes are forced into action by the machinations of the villain, and rarely have proactive schemes of their own.

One way to mix it up is to give the characters a definable goal that they want to accomplish independent of the villain in a piece. You can move motivation from external to internal. Maybe the character wants to become the best gunfighter there is, or is striving to get a good paying job to support his family. All potential spots for conflict.

There doesn’t have to be a single plot.

The Empire built a Death Star that must be destroyed. To destroy it, secret plans have to get from the custodian of the plans to those who can best put them to use. There is a series of events that take place until the climax at the end where the plans are received and used to destroy the Death Star.

There can be any number of sub-plots to use along the way.

Each character, good or bad, can have some journey to make. The best villains are those that are fleshed out with their own motivations and character arcs. Sometimes the relationship between hero and villain is complex. For example, the movie ‘Unbreakable’ explores this concept to the point where it’s unclear whether the villain created the hero or the reverse.

It’s important to note that there is an entire genre of novel that doesn’t have any plot to it at all, the picaresque. That is, there is a series of events the characters go through, but there is no overarching scheme unifying the whole beyond what the characters experience. There is no central conflict. A modern equivalent, Hunter S. Thompson’s ‘Fear and Loathing in Las Vegas’, lacks the five elements of plot, there is no true final resolution, and yet many find it entertaining.

When reading these stories, you focus on the development of the characters and their emotional state. Any plot should be interesting and believable but not the driving force. The characters need to be clearly driven and an integral part of the plot as to make the story inviting and full of life.

For example, in ‘Seinfeld’, great character development drove the show, not the plot. Plot can play second fiddle as long as the characters are honest, emotional and believable.

Many thanks to Ray, Charles, Karen , Matt, Tim, Anthea and Eric for their invaluable input on this topic.The original discussion can be found here: