The impact of H.P. Lovecraft on modern genre fiction is astounding. While Edgar Allan Poe spun yarns of gothic horror and laid the groundwork for detective mysteries, Lovecraft explored the cosmic horror of the unknown. His vivid imaginings adhere to the dark corners of our memory. 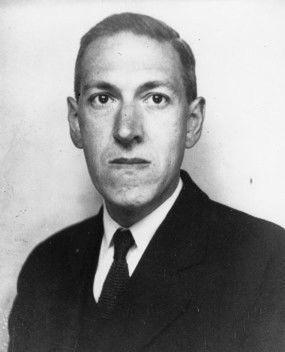 Lovecraft idolized Poe and it showed in is his early stories. Not surprisingly, Sir Arthur Conan Doyle and H.G. Wells both acknowledge Poe’s writing style as influential. That said, it is Lovecraft more than Poe that inspires the modern macabre horror genre.

What makes a story Lovecraftian?

A hallmark description would be that a Lovecraft story presents the ordinary life and world as a thin veil over an abstract and surreal one. To face such an alien world risks the observer’s sanity and lays bare a blurred line between realities. 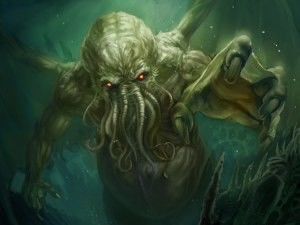 The dark underbelly of religion and myth from a cerebral and detached perspective, a Lovecraftian story observes the elemental demon, Cthulu, with a near scientific dread.

Interested in reading Lovecraft? The Hound, The Horror at Red Hook and The Call of Cthulu are great places to start.

Chances are, you’re already a fan. Many genre authors and artists since proudly stand on Lovecraft’s shoulders. 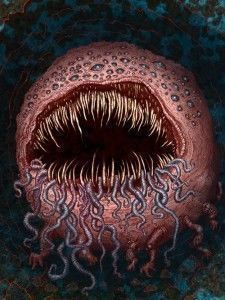 Many of Stephen King’s stories feature a world between worlds where darkness reigns. King himself makes a nod to Lovecraft with the Todash and the creatures therein. While ‘The Dark Tower’ with its Crimson King is the most obvious example, the short story ‘The Mist’ and the lengthy tomes ‘IT’ and ‘The Talisman’ are worthy reads. Also noteworthy is that Poe, Lovecraft and King all hail from New England and set many of their tales in its midst. 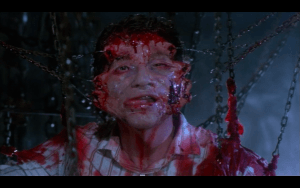 Clive Barker’s ‘The Hellbound Heart’, inspiring the Hellraiser film series, is but one of many Lovecraftian horrors crafted by him including Imajica and Weaveworld. The dream-sea metacosm Quiddity in ‘The Great and Secret Show’ and ‘Everville’ owes much to Lovecraft. 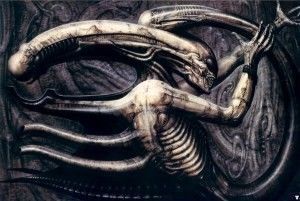 Visual artist, H.R. Giger drew much inspiration from Lovecraft’s worlds. His seminal work, Necronomicon, is named for one of Lovecraft’s fictional grimoires. Giger’s biomechanical artform and otherworldly depictions defined exactly how badass an ‘Alien’ could be.

Some of the best comic books borrow heavily from Lovecraft and Chtulu mythos, including Guardians of the Galaxy, Hellboy and Spawn.

Several video games are also inspired by elements of Lovecraft lore such as classics like Alone in the Dark and Quake.

The Evil Dead film series by the Raimi brothers and staring Bruce Camblell is a cult-classic send up to all things in the genre, much of it Lovecraftian. Beware the Necronomicon ex Mortis!

Filmmaker, John Carpenter produced what he calls his ‘Apocalypse Trilogy’, a series of films with Lovecraftian horror influences.

The Thing is a sci-fi horror set in Antarctica about a research team embattled by identity-assuming aliens.

The Prince of Darkness is a contemporary horror concerned with darker elements of Catholic mythos. 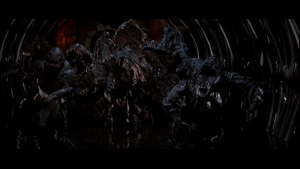 In the Mouth of Madness explores a popular horror writer’s imaginings becoming real.

Watching all three films, one can see both the Lovecraft and the Poe. If you’re looking for some seasonal fare this Halloween, you could do far worse.

So delve deeper in to the macabre. Creep cautiously into the Unknown. What have you to lose but your mind? Keep your light on, fellow reader, and frantically turn the pages until the sun rises.