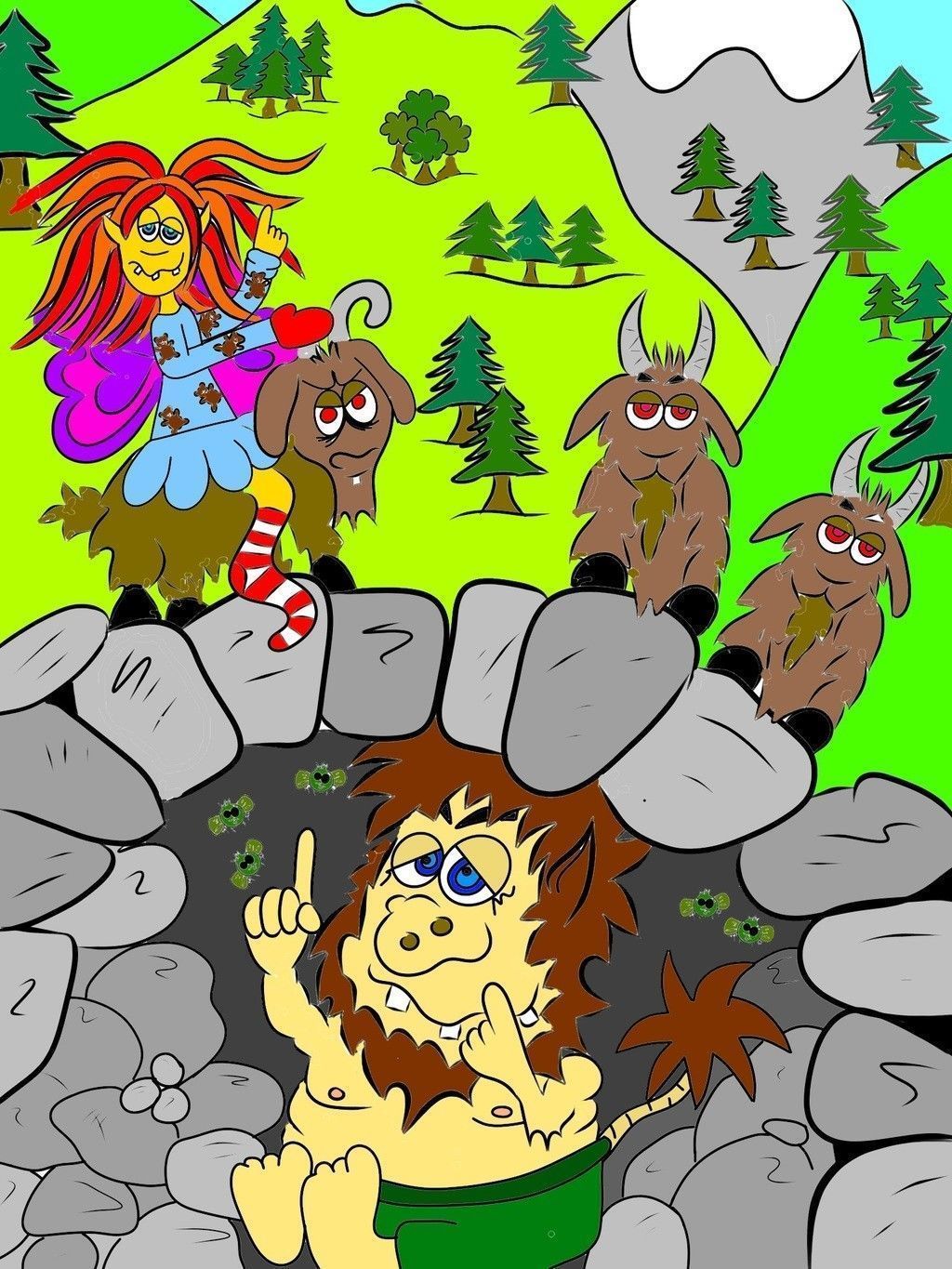 Bruno Gruff scratched his flea-bitten crotch and stared out the window. His brothers, Barney and Buford, bickered over the last patch of swamp grass. He sniffed his hoof and winced before heading out the door.

“Hey, idjits!” he said and threw a rock in their general direction. It bounced off Buford’s head.

“Ouch,” said the smallest of the three Goats. “Whatcha do that for?”

“I’m hungry,” said Bruno. “And I don’t have any appetite for the mud puddle mulch you two jack-wagons have made.”

“I heard the pickings are better on the other side of the River,” said Barney. He wasn’t quite as gaunt as the other two, but his stomach issued its complaint just the same. It wasn’t clear whether there was a burp or a fart brewing. Swamp grass wasn’t all that agreeable— even to the toughest iron of Goat-gut.

“What about the Bridge Troll?” asked Buford, his squirmy nervous nature more evident than usual.

“That’s what Benny said. And we ain’t heard from him in weeks.”

“Stop yer whinnying,” said Barney and smacked his brother across the snout.

“You really gotta stop doing that,” said Buford, kicking Barney square in the bells. The howl was ear-splitting.

Two rocks landed on each of their heads. “I got a plan,” said Bruno.

The three Goats hid behind a largish tree where they could observe the Bridge undetected. The grassy field on the other side of the River taunted them.

David the Troll sat on the near side in a vinyl lawn chair and picked his nose. Beer cans littered the area around his favourite spot. He flicked his finger at the moving water. “I smell you three cowards from here,” he said loudly, not bothering to turn and face the Gruff clan.

“We just want to get across, David,” said Barney, stepping forward.

“Something a little less swampy to chew on,” said Buford timidly.

Bruno, exasperated, took a more direct approach. “Screw this,” he said and marched down towards the River Bridge.

“Pass the salt,” said Barney, chewing noisily. “This could use a little oomph.”

Buford stood up, grabbed a log, and placed it on the fire. “Get it yourself, you lazy arse.” He sat back down and stuffed in another mouthful of their spoils.

“Do I have to break out the rocks, boys?” asked Bruno and they quieted down. The oldest Gruff reached across to the fire and picked up a sizzling spit of meat. “Best damned Troll ever.”

NOTE: This story is featured in the adult colouring book, Feral Fairy Tales.