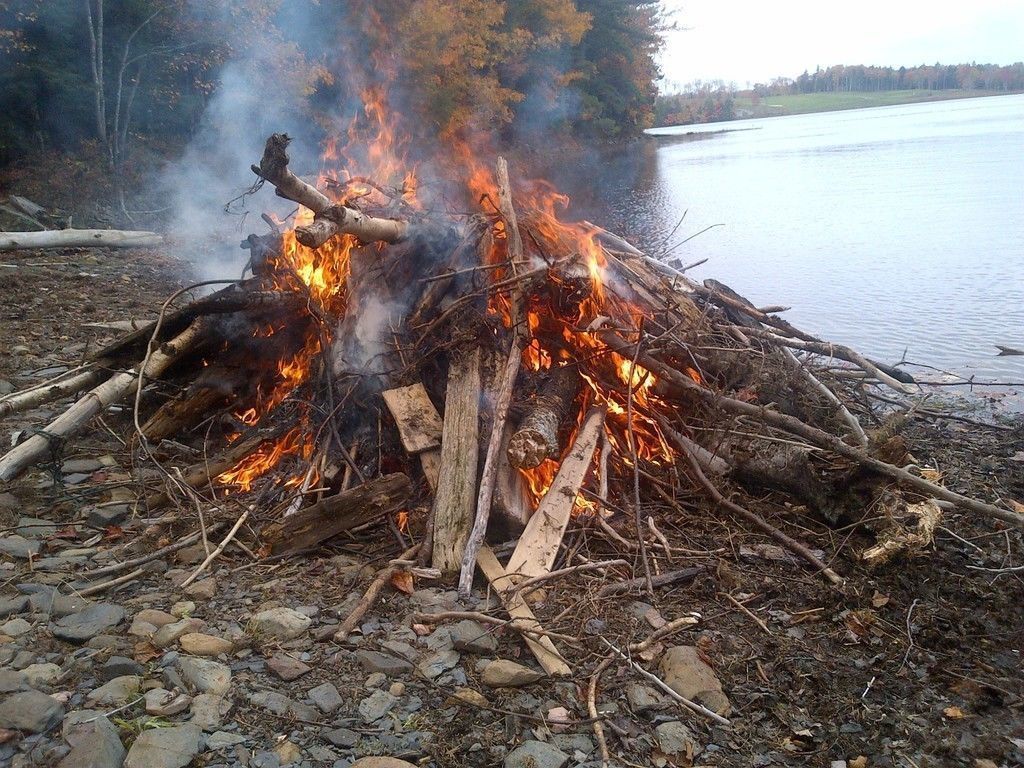 The Cessna’s wings clipped the tops off several jack pine as it thundered through the brush on its way down. When it finally slammed to a stop, Gus unbuckled and clambered forward to check on Darren in the pilot’s seat. His neck hung at a queer angle, but the tree branch protruding from his chest told the tale. His brother was dead.

They’d been flying north of Lake Athabaska across the smaller Tazin Lake to get a little fishing in. The lake’s only lodge, a fly-in on the north shore, said the pike and trout fishing was the best in all Saskatchewan.

Gus climbed the small hill to a boulder field and looked around. He could make out the perimeter of the island where they crashed and the southern shoreline of the lake itself. They’d left early to get a head start so the lodge didn’t expect them until the day after tomorrow. Katie knew they’d be unreachable until the following Monday. In short, no one would be looking for them anytime soon.

The plane was halfway between the hilltop and the shore. It took several hours to pry Darren out and fashion a cairn from rocks to keep whatever wildlife living on the island away from his body. Gus pushed through the task, stunned and overwhelmed; blood, sweat and tears, personified. With this last duty to his brother and best friend finished, he grabbed the Cessna’s safety kitbag and made his way to the beach.

With nightfall approaching, Gus gathered a heap of driftwood and set to work making a fire. The bag held only a few first aid items, some flint and a small knife. No food and no water tablets. His hands trembled with dehydration and he knew he’d have to drink from the lake, parasites and all.

Gus dozed by the fire and waited for dawn. He slept fitfully, reliving the crash and seeing Darren’s dead face. Nightmares flashed in mind of being consumed by trees. He woke at one point to what should have been a dwindling fire, but found the blaze roaring. Shadows played across the rocky beach and scraggly trees.

“Sleep,” his brother’s voice said and he did.

The morning brought with it heavy lake fog and few comforts. Gus stretched stiff and shivering. No matter how much wood he put on the fire, he couldn’t get warm. He wandered down the shore for fuel as the sunlight burned through. Despite his situation, it was hard not to be impressed with the pristine clarity of the water and expansiveness of the forest. Humans were too fragile for this place.

When Gus returned to the fire, he found the smell of cooking fish impossible to mistake. Two trout roasted quietly, strung on sticks and propped over the coals. He searched for his benefactor and found no one. Gus remained lone occupant and king of his island. But, the fish tasted delicious.

He spent the day exploring. First, he checked on Darren; his grave remained undisturbed. Gus rummaged through the wreckage for anything usable and found a tarpaulin and some rope. At least he’d have some shelter. The clouds rolled dark across the sky.

Gus tracked back to the shoreline and walked the island’s border. He examined the opposing shore and estimated the closest to be a full kilometre away. It took him a few hours to complete the circuit. Tazin had dozens of islands and Gus figured this to be one of the smallest. The chances that one of the lodge boats would find him seemed remote.

It rained in only the way that it rains in the North— cold and hard. Gus thanked his fortune in getting a shelter up in time. Sleep came easy that night. So did the dreams.

He swam the lake and his legs gave out. The shore yawned further and further away with each stroke. His arms seized and he sank down into the deep. “Stay alive,” said Darren. Gus shook his head, bubbles escaping his mouth as he drank. “Wake up.” As the darkness strove to claim him, he did.

Morning again and with it came more fish. This time, a large pickerel hung cooking above the fire. On the third day, it was pike and on the fourth, more trout. Always with dreams and always with his brother saving him. He spent the daylight improving his shelter. He found a blueberry patch on the west side and a small pond with cattail tubers and watercress.

Gus lost track of the days at some point, but he felt happy. He knew Darren lay dead under a pile of rocks up the hill, but he looked forward to the dreams. He died every night and woke reborn to greet the next day. Gus did more than survive.

When the sound of the lodge’s outboard motor echoed across the lake, Gus fought the urge to hide. Did he really want to go home? To his job and his life? What would he say to Katie about Darren?

“That’s what brothers do.”

Gus lit the signal fire and waited for the boat.