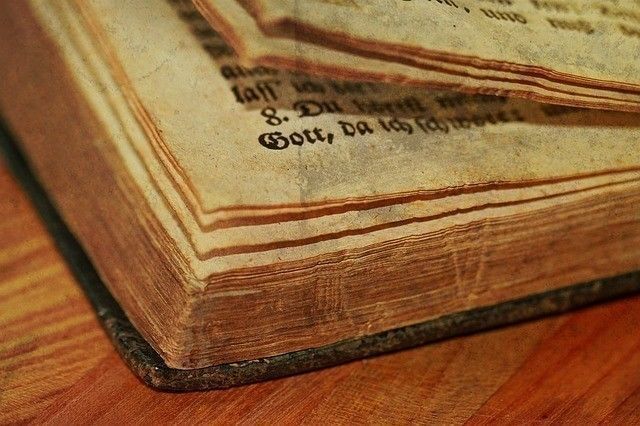 Betty haunted what passed for downtown Dorchester. It was two in the afternoon on a griddle-hot summer day. She had the whole crumbling sidewalk to herself. Any other soul not on prison business sought comfort indoors, handy to a fan or something better.

The door chimes announced her entrance as Betty entered the bookstore. She was exhausted and had to stifle a yawn as the cool musty air filled her lungs.

“Hi, Betty,” said the store’s matron from behind the counter. “Still not sleeping?”

“No, I never sleep well when Andy’s on his stint, but this time the dreams won’t let me be. Thank Lord he’s home tonight.”

Andy worked three-days-on and three-off at the prison. Ever since the kids left, Betty struggled with the isolation. A part of it was her husband’s job and part of it was the emptiness of her own motherly duties winding up. That the dying town held nothing for her weighed heavily.

“You want some tea?” asked Betty’s helpful friend. “I have some bag-an-hour on the warmer out back.”

Betty cringed at the thought of the metallic teabag stew. “No thanks, Marnie. I am just going to look around.”

Marnie’s store was full of new and used books. There was almost always some new find, sometimes rare, sometimes simply odd.
“Anything interesting?” she asked.

“There’s a bunch of occult crap that Reverend McInnis sold off. He said it was for Sunday School supplies, but I think it was to replace the Communion wine he’s been tasting.”

Marnie gave Betty a conspiratorial look and nodded to a ratty box in the corner. Most of it was typical God Warrior rhetoric, but a thick tome on dream interpretation caught her attention. It was a joint publication: Jung and Crowley. ‘Interesting’, she thought.

“It’s yours if it’ll help you sleep.”

“Thanks,” said Betty and left to make the jaunt from the store to her house around the bend of Shepody Bay. It was a good long walk and she continued to have only herself for company. Even the sandpipers had taken their siestas.

By the time Betty made it home, she was hot, sweaty and hungry. She was also exhausted, but found this state encouraging. Betty made a poor-boy from a tear of day-old and a piece of cheddar, then washed the works down with one of Andy’s waiting beers. ‘He can Goddamn well share,’ she thought as she tidied up, before retiring to the cool den for a long-overdue nap.

Betty, lugging her new book, laid her back flat upon the small couch and held the text above her with both hands. For its size, the volume was light and easy to hold.

The prose was crafted in early-twentieth century academia. The retired schoolteacher didn’t have any trouble with it and soon found herself lost in the strange exploration of dreamscape.

In her dream, the dream she was now having, Betty would run through the woods near Memramcook, where she grew up. She was always out of breath, heart-racing as she fled an unknown fear. There would always be a stumble, a fall, an accident or obstacle that prevented her escape. She’d close her eyes and pray for a swift end. The dream would screech to a halt and Betty would spend the rest of the night sleepless and wide awake.

This time was different. Armed with her book, Betty turned to face her pursuer and opened her eyes. The demon’s red stare pierced her soul but Betty did not lose her resolve. She met the beast’s gaze with the soldering coal of her own.

Betty clenched her fist and closed her hand on Andy’s straight razor. It was a gift from her father to Andy as he laid dying in the hospital. She remembered the stench of cancer and death. It never left her. She greeted that foulness now as she swung the open blade across the beast’s throat.

It howled. It bled. It died.

Betty woke to find herself standing in the middle of her den, furniture and belongings in complete disarray. On the floor in front of her, in a rapidly expanding pool of blood, lay her slain husband.

She looked at her hand and dropped the razor to the floor.