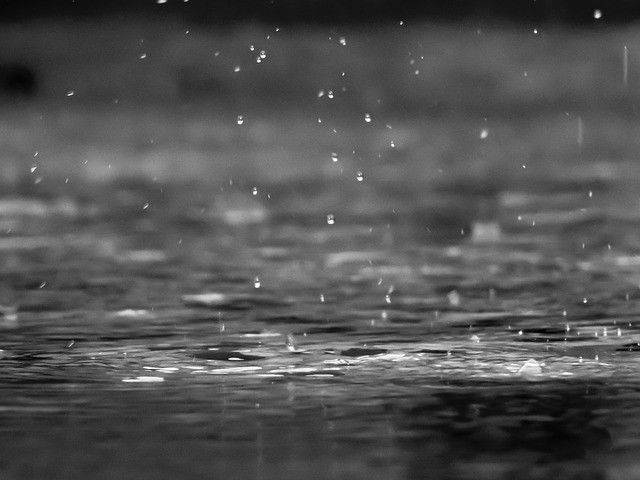 There was only one bus in town and I missed the last run, its taillights taunting me with the faint spray from the wet wheels. As I stood hunched over, ass against the wall and hands on my knees, I fought to win back my breath. For the umpteenth time, I vowed to quit smoking. A drop of rain mixed with salty sweat dripped off the tip of my nose. Cold and miserable, I stuffed my hands in the pockets of my jeans and steeled myself for the long walk home.

I caught a flash of bright blue out of the corner of my eye and I looked to see a young boy running towards an alleyway. His coat was unzipped and flapped wildly in the weather. Spiderman pajamas and rubber boots completed the outfit. Surprised that anyone, aside from yours truly, would be traipsing about town at such an ungodly hour, a child was just plain concerning.

He stopped and looked at me. I could barely make him out over the strengthening storm pounding the metal garbage bin to my left. “Davey,” he said.

“What are you doing out here, Davey?”

“I’m looking for my boat. I forgot it outside. Mom’ll be so mad. It went down there.” He pointed to the alley. I saw water sputtering and tossing as the gutters swelled from one drain to the next.

It made no sense that he’d be out in the rain. He couldn’t possibly live far away. “Where do you live, Davey?”

The kid didn’t answer. He darted away down the alley and I took off after him. What else was I supposed to do? Something wasn’t right in Who-ville.

The alley was narrow and dark, like most alleys in the middle of the night. I couldn’t see the end of the lane, likely bricked off to prevent thoroughfare. High above, the eaves and gutters of the buildings carried the water away, the noise along with it. I could still hear the rain, but it was outside somehow. The backstreet more resembled a chamber, a Great Hall for the Rat Kingdom.

I heard a little boy’s high-pitched giggle echo throughout the brick canyon. It sounded like he was everywhere.

“Davey!” I called out. I was answered with another spurt of playful laughter, then another voice.

“Over here, Davey. Would you like a balloon?” said the older voice, friendly and inviting.

I moved forward as quick as I could, blindly feeling my way along. The runoff from the street babbled and flowed like a brook, weaving and making its way through the alley’s debris and human waste. The stench was overpowering and I held my breath too long, causing my head to swim. I let it out, stumbled and scraped the palm of my hand against the decaying brickwork.

More giggling, then “Have you seen my boat?”

“Down here, Davey. It floated down here.” They sounded like I was right on top of them.

“Who’s with you, Davey?” I asked. “Who are you?” I demanded of the kindly voice, my own trembled with alarm.

I was shoved roughly and knocked off my feet, smacking my head against something hard as I fell.

When I opened my eyes next, the sun was out, shining a shaft of steamy heat into the alley. It looked considerably less threatening in the day, standing as a sad reminder of humanity’s lack of compassion. The deluge of the night before, now reduced to a tiny trickle, left its considerable mark. Sluice and rot from higher ground filled the tiny lane. I looked to the back wall where the drain captured the ruin and was reminded of the boy. Davey’s lost paper boat, folded with the care of a child’s love, had sailed against the grate.

I picked it up and carefully unfolded the soggy paper, looking for a hint that it was all a bad dream. I stared in horror at a note, written in an angry red scrawl, on the inside of the boat.

THEY ALL FLOAT DOWN HERE