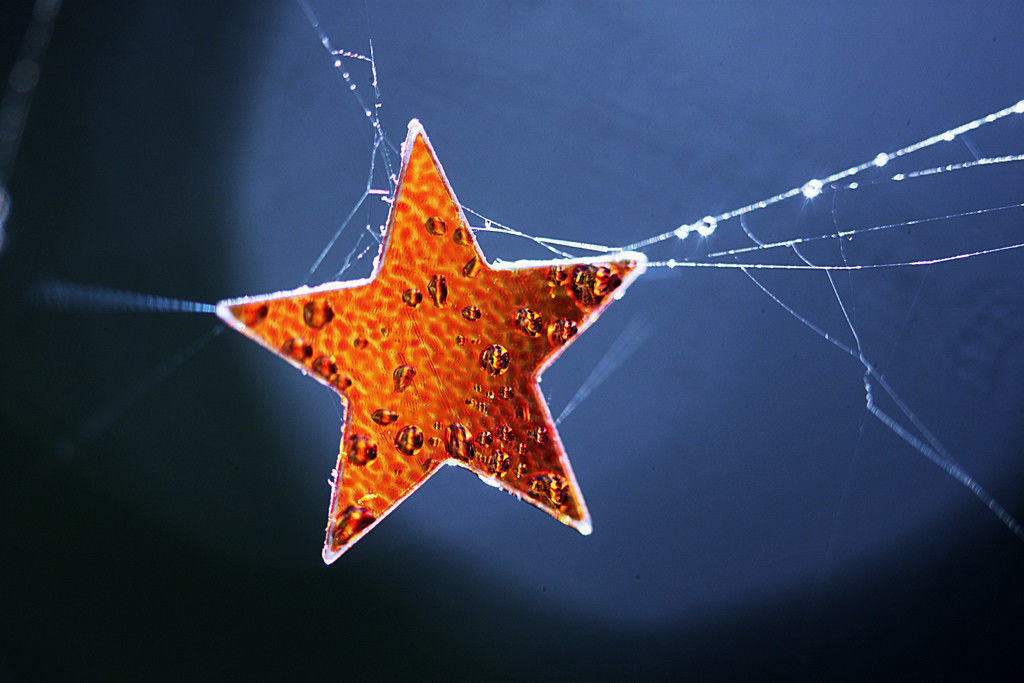 Martha woke from her terrible dream with the chills. She was having the same dream that she’d been having ever since the confirmed diagnosis two years ago. She was barren and would never be able to carry. There would never be the pitter-patter of young feet to be heard in this old farmhouse. Adoption wasn’t in the cards. It would always be just her and her husband. In her nightmare, he left her. She would live and die utterly alone, with not a single mark to make along God’s path.

It wasn’t true, of course. Martha’s waking mind knew that. He was good to her. Even though they talked excitably in their early days of a brawny son or fetching daughter, he didn’t hold it against her. Yes, he was a good man. Not perfect by any stretch, but a good honest man.

They’d made love tonight, gentle and slow. She rolled over to nuzzle her cold nose between his broad shoulder blades, but was denied her playful tease. He wasn’t there. Martha felt his side of the bed. It was cold.

She threw back the quilt, sat up and pivoted. She fumbled for her glasses as she slid her feet into her slippers. The floors were always cold, even in summer. Her housecoat was on back of the door. Martha padded her way downstairs in their dark and quiet home.

She peeked out the kitchen window and saw a falling star. She closed her eyes and made a silent wish. When she opened them again, she noticed the light on in the barn. Damn him. He was always tinkering with contraptions when he couldn’t sleep. Everything was ready for harvest. The activity was unnecessary. She felt a pang of guilt over her part in that. Not a mother, was being a wife enough? Lost in her thoughts, Martha wandered slowly to the barn just as he was coming out.

“I thought you wouldn’t catch me,” he said, smiling. That easy smile was what won her heart.

“You know I would,” Martha returned. “The harvester’s still a harvester, right?”

His smile returned with a slight turn to the right. He started to cross the driveway towards her. He hadn’t made two strides when a brilliant blur of motion to his left stopped him short.

“Jonathan!” screamed Martha when the earth met the sky. The playful banter between farmer and wife exploded in a rain of dirt, gravel and intense heat.

Martha picked herself up off the front-lawn thirty-feet from where she stood only moments ago. Heedless of her own cuts and scrapes, she ran back to the driveway. The dust was settling and she spied him right away.

His scanning eyes relaxed when they landed on her. He shouted “Martha, you okay?” Their ears rang dully with noisy echoes.

Martha nodded. “What is it, Jonathan?” She pointed to the large object in front of them. Steam was hissing off a coffin-shaped black object.

“I have no idea. Saw it the same time as you. Stay back.”

They both approached the crashed pod, if that was what it was. Despite the steam, the surrounding air was cool. Jonathan reached forward to touch its smooth surface. It glistened like black pearl.

“Careful,” whispered Martha. She knew better but reached out to touch it as well.

They looked at each other. Excitement and curiosity danced in their eyes. “Let’s do this together,” he said. They reached across the pod and brought their hands down at the same time. Their fingers touched. The pod was neither cold nor hot, neither hard nor soft. The material was extraordinary, like metal and fabric at the same time. It was also sheer and nearly translucent with a soft glow. The couple peered forward into the unknown together. Something was moving within the interior.

Jonathan reached forward. His hands and upper arms disappeared as they sank inside. He withdrew them back slowly carrying something. Martha stared in utter astonishment as her husband and lover delivered a small wriggling child from the pod’s womb. With the delicate tenderness of a new father, he handed the baby over to his awestruck beloved. Martha beheld the tiny bundle and felt joy for the first time in a long time.