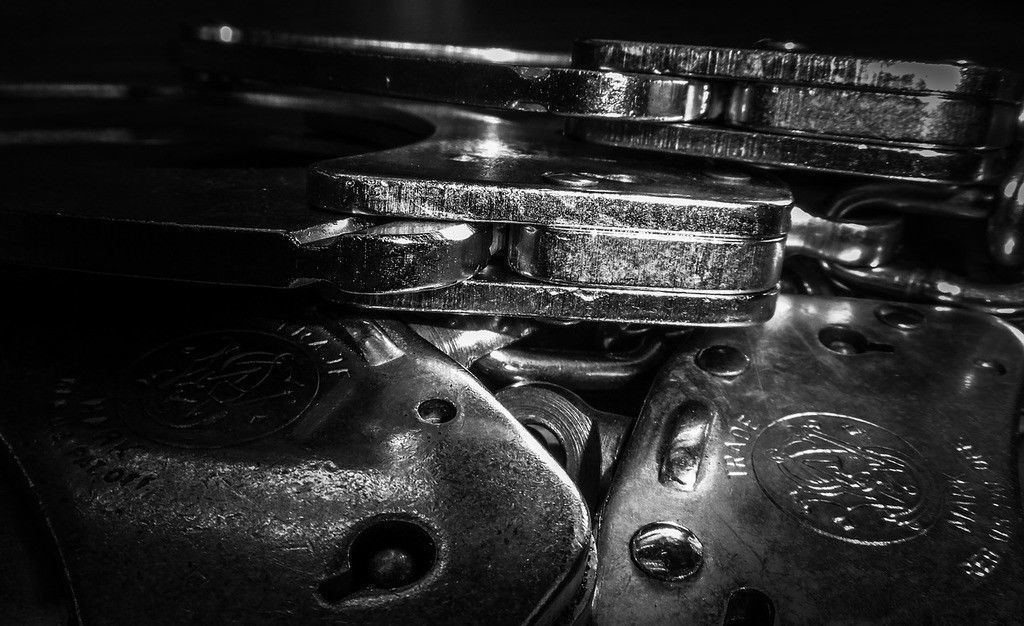 The rattle and rumble of the train on its tracks persisted in their pursuit of my sleep. I fought the fatigue despite being awake for the last thirty hours. Only one more stop to go and this nightmare would be over. I rubbed my wrist, now raw from the handcuffs. The attached suitcase fell over again, snapping my arm away. I winced at the sudden pull on my shoulder and cursed the case’s missing rubber feet.

“Relax, Frannie,” said the man sitting across from me in the cabin. “You’ll need your wits about you.”

“Francine.” I hated being called Frannie. Only my big brother Jeremy got away with that. I called him Jerm-y. “I’m fine,” I told the man as I righted the case.

A voice boomed from the speaker and I jumped, causing the suitcase to topple again. Dammit. “Next stop: Mapleton. Five minutes.”

The man wore a long overcoat and nice shoes, polished and black, matching his gloves and sunglasses. His handgun was also black and he held it lazily across his knee, ready for action.

The train stopped. “Let’s go,” he said and I stood, gripping the handle of the case. The long cuffs of my coat hid the metal ones.

I opened the cabin door and we entered the slow line of people making their way out. Obedient cattle, I thought.

The man followed close behind me as we shuffled. Now and then, I’d feel the barrel of his gun in my ribs, letting me know he was still there, reminding me of the job I had to do.

The air stunk of sour human sweat as we pressed on. My heart pounded in my head and I focused on the back of the woman in front of me, willing her to turn around and save me. The world fell away and my legs buckled.

“Are you all right, miss?” asked the man, feigning concern as he held me up, the gun again pressed to my back.

“I’m fine,” I said. “I’m just warm.” My hand tightened around the briefcase and a few moments later we were free, if that could be said of my situation. I mumbled over my shoulder to the man. “I need a few minutes.” He stepped aside, but hovered near.

I turned my face skyward and let the cool rain wash the stench away. My oxygen-starved mind raced forward and reacquainted me with thought. I looked around at the strangers on the platform in a town I’d never visited. No one saw me. I was invisible to them. One more young woman in a crowd of hundreds.

He pointed to a bench and I sat down with the case beside me. It was good to let go and I slowly stretched my fingers, permitting the renewed circulation ease the pain. I closed my eyes.

My brother thought it hilarious that I went to his dental practice yesterday. He knew I hated going to the dentist and he joked that he’d not take it personally. But once Jeremy turned on the nitrous, I felt instantly better, giddy even. And then I was out and didn’t feel a thing.

This morning, I’d woken up on the train and nearly yelled blue murder. But I saw the gun. And the man with the black shoes.

“What’s in the case?” I asked, refusing to stand. “Where is he? Where’s Jeremy?”

“Enough, Francine,” he said and grabbed me roughly by the elbow. I stumbled forward and he shoved me in front of him again. “I thought you loved him.”

“Then get walking. There’s a car around the corner waiting for you. Do exactly as instructed and you’ll see Jeremy again.”

The platform ended at a small flight of concrete steps leading to the busy street. The sedan idled three cars up as expected. I could see shadows. Two in front and one in back. As I drew closer, the rear door opened. I closed my eyes and climbed inside.

“Keep your eyes closed, Francine,” said a new voice. His breath smelled of peppermint. The car moved into traffic and I felt another surge of panic. I heard keys jingle and the removal of the weight from my wrist as the handcuffs fell to the floor of the car.

I felt a pair of cool hands on each side of my face. “You can open your eyes now. You did good, Frannie.”