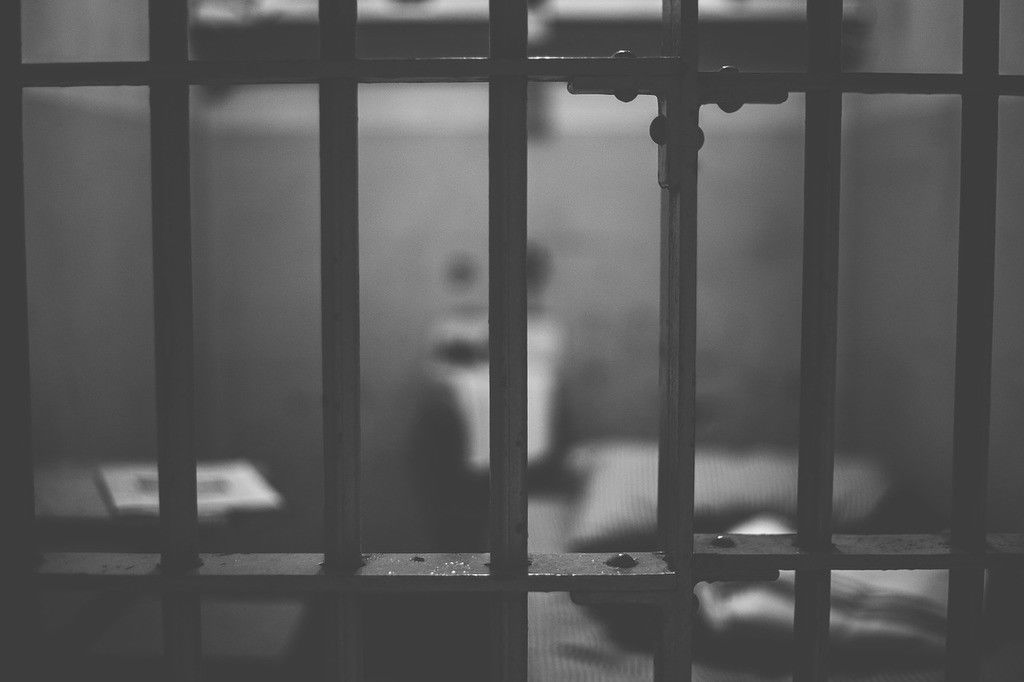 I sat on the steel cot and stared at the three other people in with me: the chick and two dudes. She was throwing up. One of the guys laid passed out on the floor near her, oblivious to the splatter. The other guy sat beside me and chewed his fingernails. He smelled like cheap booze, shit and body odor. I recognized him from the table earlier. It was strange to see him animated. We’d both thought him dead. He sure smelled like it.

Yup, this was my favorite place to be. I stood and paced the front of the drunk tank like a caged animal. Where the Hell was Jimmy?

“Relax, Miss, and stand back from the bars. Your boyfriend is filling out your paperwork now.”

“He’s not my boyfriend.”

“Whatever you say, miss.”

“Should I be in the same cell as that lovely lady I clocked?”

“Probably not, but it’s been a busy night. Listen, you seem like a bright girl. Clearly, you have an advantage over her.”

“True enough. I can at least hold my liquor.”

“If things were a little different, you might get to spend the night. I’d recommend minding your tongue.”

“What about these clowns? I think that guy’s dead and this other guy is supposed to be.”

“Pete and Harry?” he said pointing to them. “They’re regulars. Brenda’s always been sweet on Pete.”

“I can tell,” I said as I watched a chunk of chuck land on Pete’s face. “No explaining love.”

“What’s Harry’s story?” I asked pointing to the man on the cot. He looked up from his nail chewing and smiled with blood on his teeth and fingertips.

“Yeah,” said the cop. “We called the hospital again.”

I looked back at Pete. He hadn’t moved.

“This is normal,” he said

And then it wasn’t. Pete sat up and the grey pallor of his face and rolled up eyes told the story faster than we could process. By the time the cop drew his firearm, Pete had eaten half of Brenda’s cheek in a single bite. I held my hands over my ears as the cop fired repeatedly.

Pete raced to the cell door with new-zombie adrenaline, reached through the bars and grabbed the cop by the arm and yanked it hard. I heard the shoulder and elbow pop as his face slammed into the door. Both he and Pete screamed like banshees. I grabbed the gun from the cop’s now useless arm and fired a round into Pete’s pickled melon. He dropped like a sack of potatoes.

Other cops rushed into the room just as Brenda turned Z. She let lose a high-pitched howl and started ripping Pete’s corpse apart. The cops opened fire and I hit the cement, scooting closer to the door where my conversationalist cop fell. He didn’t look too good, but at least he was alive.

I stood up and took aim and fired one to Brenda’s brain. She fell atop Pete, lovers until the end.

The cops looked at me and then at the gun I held. I passed it to them grip-first.

“Can I leave now? It looks like you have better things to do.”

My cop buddy was on his feet. His arm hung horribly and it looked painful. “She’s right. Let her go.”

“But Sheriff?” started one of his officers.

“But nothing. Open the cage and let her go,” said the Sheriff and turned to me. “Thank you, miss. If this is what we’ve got coming from back east, then God help us all.”

Jimmy and I drove out of town and didn’t look back.