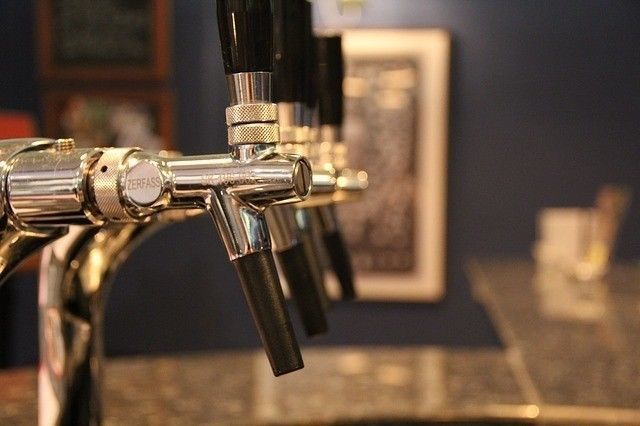 I should have trusted my instincts. The girl, calling herself Haley, possessed a wild look about her. Despite the frame of a teenage girl, Haley put out the vibe that she was no kid.

The town where my van finally gave up the ghost wasn’t much of a town at all: one street with a gas station on each end. I asked the mechanic what kept people here. He said, “pulp mill”. That was it. No details. He was that kinda guy.

I needed the coin and it was only dumb luck that the roadhouse across from the garage found itself in sudden need of a Thursday-night act. A lot of people were sick or missing these days, not just here. The world wasn’t quite right and it made me antsy. The mechanic, Ben, said he’d have me back on the road by noon the next day. That was fine with me.

I was finishing my second set when this chick walked in. She looked at me then nodded to the bartender, holding up three fingers.

“Name’s Haley,” she said as she handed me a beer and saluted me with the other. The other wobbly-pop sat on the bar. “My brother’s working on your wheels.”

I took a long pull from the bottle. “Thanks, Haley. I’m Jimmy. Small town?”

“You have no idea. Ben says it looks like you sleep in that van. That won’t happen tonight. Shop’s locked up for the night.”

“I didn’t think so. Figured I’d go cowboy camping,” I said, pointing to my bedroll. Actually, Chuck, the owner of this shithole, offered me the cot out back. I don’t know why I lied to her.

“You can stay in the spare bed at our house tonight. Just remember that I have a gun. I’m also very good with knives.”

That last bit was a little bizarre, but I let it go. “I believe you. What about Ben?”

“What about him?” she said and smirked.

A real bed had been a rare treat lately; it was a hard thing to turn down. One last set and too many beer later, I stumbled back to her place. She had to hold me up and I kept apologizing. I remember being curious about her strength. It didn’t match her stature.

I woke the next morning in a yellow room awash with bright sunlight. My head ached but I was clear. The days of my blackouts were long gone. A shadow filled the doorway and spoke.

“Sis said you were gentlemanly, last night. I argued about extending hospitality, but she won, as usual.”

“Good morning, Ben, is it? That’s what Haley said. What time is it?”

“Just a favor,” said Jimmy and he left me to get dressed.

Haley was cooking eggs and bacon; three plates were set, with steaming coffees at each spot. I sat down and grasped a mug to stop the shaking. It burned but I ignored it. Blackouts no, tremors yup. Mornings were the worst.

“Jimmy plays a mean guitar, Ben,” said Haley. “You missed a great show.” She put the pan on a breadboard in the center of the table. “Dig in,” she said.

We ate for a bit. There’s magic in a greasy breakfast that dispels the ravages of a rough night. I was curious about Ben’s mysterious favor.

“You got that right. Thanks, Haley.” I looked to her brother. “You said something about a favor. What do you need from me?”

The siblings exchanged looks and Ben nodded to Haley. He was clearly uncomfortable. She shifted in her chair.

I nodded. My next few gigs were peppered that direction.

“Where are you headed?”

“Any place not here. They’re coming.”

“This is all a little weird for me,” I said. “Just want to do my thing. Thanks for putting me up and fixing the van. I’ll pay…”

Ben slammed his fist on the table, making all the flatware jump. “Things went bad here, Jimmy. She won’t tell me how or why, but she’s no longer safe in town or anywhere. Too many….” He trailed off, shook his head, cleared his throat and looked me square in the eye. “You keep my sister safe. Stay moving. Don’t let her be alone.”