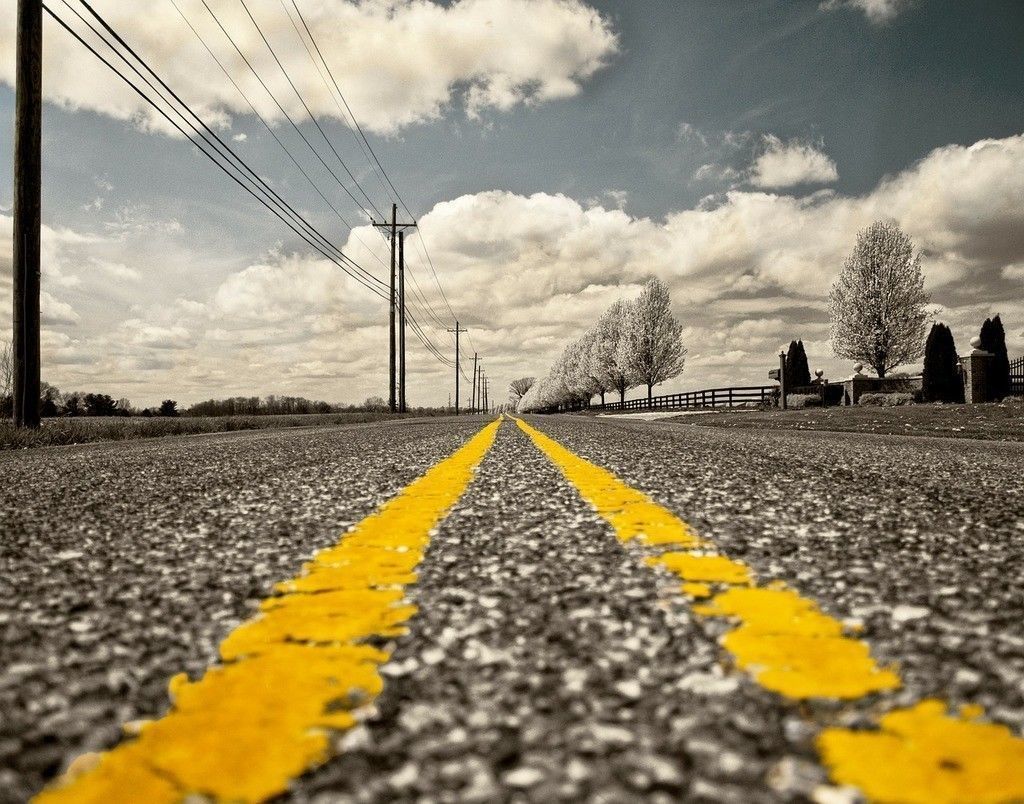 We had to pull over on the side of the road when the jeep started to overheat. I got out and stretched. Even though it was early November, it was unseasonably warm. I placed my hands on the small of my back and arched as far back as I could. I heard a popping sound and winced.

Harvested cropland was on either side as far as the eye could see. The sun blazed high overhead making the air shimmer at the crest of the slight hill. The railway crossing sign looked old and untended.

“Eunice,” I said. “Want to go for a walk while the boys figure out the mysteries of automotive wonders?”

“Sure, Haley,” she said and threw me a bottle of water. I caught it easily but was loathe to drink it. I missed cold water.

We took our time. The engine would cool down in its own time. We’d been driving west for three days straight and saw nothing but the occasional abandoned truck until we hit a logjam of cars, forcing us to detour on some secondary roads. Grassy husks and dirt.

The train tracks bisected the road in perfect symmetry. As straight as the road went east-west, the railway was an arrow-shot north-south. The horizon dipped in every direction. In another world and another time, this would have been a wonderful moment.

Eunice kicked the gravel at the corner of the intersection, put her hand up as a visor and peered up the track.

“See anything?” I asked.

“No, but do you hear it?” She pointed to a dusty cloud in the distance.

The vibrations under my feet told me what my eyes couldn’t. A train was coming. “Back up, Eunice.”

“I thought all rail was halted like air travel,” said Eunice.

“Me too,” I said and yelled back to Ben. He looked up as the rumbling noise grew closer. “Ben, train’s coming.”

The dust cloud was close enough that I could see a mix of sandy brown and coal black smoke. As it took shape, the roar of the engines was deafening. No whistles, no squeal of breaks. This train was at top speed.

The crossing lights started flashing and the bells sounded. It was a rural road so there was no need for bars. Ben and Jimmy trotted up beside us to watch the train. My teeth hurt with the vibration. It was coming too fast. It felt dangerous. We all backed up a few paces.

“I smell barbecue,” said Jimmy and the familiar sinking feeling in my stomach returned. I hadn’t been able to eat country food since the hospital.

“Get back,” I shouted. “Get back!” I grabbed Eunice’s arm and hauled her away. We fell down in a small heap as the engine car raced past, screaming its noise. The smell of burning deisel and meat was nearly intoxicating as the cars flashed by ablaze. I read the logo on the side of several passenger cars. ‘United States of America: Rail One’

“Jesus Christ!” said Jimmy as he and Ben fell back into the ditch with us.

We watched as the burning train passed us and continued on its useless journey, proudly ringing the toll of defeat.

“Well, that ends that,” said Ben. “We’re definitely on our own now.”