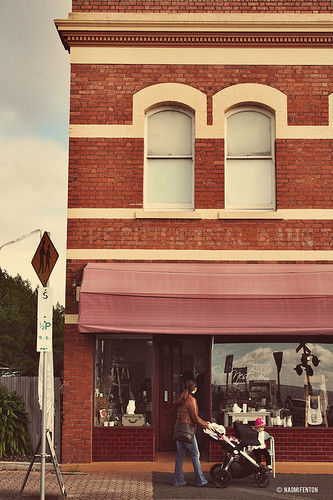 I hitched my knapsack up over one shoulder and got off the bus. The bright summer sun and dusty air assaulted my senses after the long ride. I’d gotten used to a regular cadence of sleeping during the day and only hopping off at truck stop diners during the middle of the night. People, long-haulers hyped on caffeine mainly, left me alone. They stared, of course; the thin teenage girl with the wild hair and dead eyes. I didn’t belong there or anywhere.

I didn’t belong in this empty shithole of a town either, but here I stood, watching the bus reach its escape velocity, leaving me trapped in the black hole of my youth. Welcome home, my ass.

Early on a Sunday, the sign on the gas station door read ‘closed’, but I didn’t have to look to know that. The pharmacy and liquor store across the street were also silent; one would open later and the other would not. The Holy Ghost frowned upon the mortal spirits. Say a ‘praise Jesus’ and keep on walking.

The main drag shot straight as an arrow, east to west, and I headed away from the sun, continuing my journey. Mother’s house lie a mile or so away, standing hidden by a small bluff of scruffy trees. We never had enough rain, and I always wondered why they even tried to take root. No one else around here did these days if they had any choice.

My progress down Main went largely unnoticed, and that was fine with me. Once I was spotted, tongues would wag and my ears would burn. Yes, I’d enjoy this short peace. Any reprieve from the pokes and prods of the last few months, physically and mentally, was welcome.

I hesitated on the doorstep, staring at the past. The key around my neck felt heavy like stone, and taking it off did little to easy the weight. With the door unlocked, I ventured inside and nearly gagged at the stench of chlorine. More than a year later, it lingered strong enough for me to hurriedly open windows, the two living room ones first, then most importantly, the kitchen. The cross-breeze did its job.

The wooden knife block was one occupant short, its missing contents long placed into evidence, save the broken handle’s scattered ash. Everyone knew what I did, just like everyone knew what Mother did. Even though my new doctors said I was fine, I think Doctor Goodwin was right after all: I never would be whole. She probably got what she deserved; they all did. We all do.

I selected a six-inch cook and twirled it slowly, admiring the turn and flash as it caught then lost the morning light. The final showdown with Mother was not the worst thing I’ve ever done with such a weapon.

There were far more terrible things in this world now. My friend, he showed me what I could do with my anger. I whipped my blade in an arc and smiled as the air hissed in complaint. Perhaps, the Universe was in awe and it needed me to stem the darkness. Maybe that was my job, my purpose. Yes, I could be a terrible thing too.

The door opened behind me, and I turned to face the intruder, hiding the knife behind my back. Not in the least surprised, I quietly waited, gauging what would happen next. Tactical assessment ruled my life these days; it was all tactics, all the time. Either that or die in hesitation. I waited patiently.