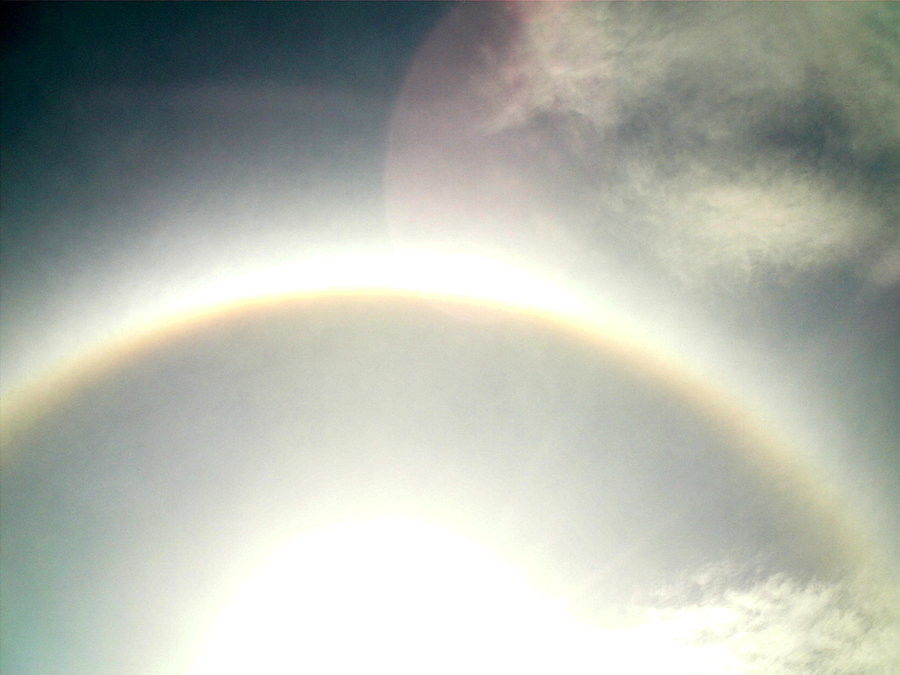 Stuart fidgeted with his tie in a fit of discomfort and boredom. He looked around the sweltering room. Yup. He didn’t suffer in solitude. Larry stood in the corner by the door, eager for an escape. Jimmy was opposite, holding up a wall, wearing his lady-killer sunglasses, probably sleeping. Missy stretched out on the leather couch with her shapely pins on display. Her eyes kept drifting to the window. Screw-ups, Bill and Fred hovered near the coffee machine, slurping the hot mud with the urgency of the addicted. Fresh meat, Andy, sat in rapt attention. Amid this small crew of idiots, Marty spoke from his pulpit. He droned about sales and the poor economy. Peddling used cars stood as a tough gig at the best of times. In the middle of a summer heat wave, even the veterans struggled to make book.

“Now, get out there and move some junk,” said Marty, trying to be inspirational. The team trudged off.

Stuart caught Larry’s arm just before he slipped away. “I have a better idea.” He nodded to the left. “Jimmy, come here.”

“What’s up, Stu?” asked the voice behind the shades.

“Let’s blow off the day. ‘Gun Runner’ and ‘Gun Runner Too’ are playing at the Cineplex. Think about it. Air conditioning, explosions and hot chicks. There ain’t no sucker looking for wheels today.”

Larry piped in. “What about Marty?”

“Screw him,” quipped back Jimmy. “He’ll be sleeping in his office all day, hiding from his wife. The bastard even has a beer fridge in there.”

Stuart continued. “Fuckups One and Two are taking Andy on delivery up Route 9. They’ll milk that all day.”

The friends revelled in the comfort of the cool darkness within the theatre. The movies boomed in exposition and ridiculousness. It was right up their alley. All men become pimply fourteen year-olds in the face of a great action flick. Hero and villain battled from dueling cars against a backdrop of destruction and noise. Ah, yes! A glorious moment of timeless violence.

A cell phone rang from behind them, shrill and loud. Then a beep as it was silenced. Stuart could not believe it. Of all the rude gall. You gotta be kidding me. His heart was already pumping hard from excitement of the screen. He stood up and turned to face the perpetrator. What he saw, stopped him cold.

Stuart recognized Missy’s shapely features immediately. Rumpled clothing and flashes of skin relayed an oft-told tale of secrets, lies and indiscretion. Not much needed to be said. Stuart finally gained what he needed. Leverage.

THE ART OF THE DEAL

Andy needed this sale in the worst way. The summer sales slump at the dealership continued and he’d be the first to get the axe. Marty was pretty clear on that point. It wasn’t personal. He was just low man.

It was just Bill, Fred and himself in the office. When they returned from the fiasco of a delivery up Route 9, they found the shop locked up. Marty and the band of vultures left the place untended. Even the shapely receptionist was missing.

“Where the hell is Missy?” he asked the empty showroom.

Bill and Fred didn’t say anything and headed for the coffee pot. Poor Andy was oblivious. They knew exactly where Missy was, or at least who she was with. Marty played a dangerous game. Gladys would be on the horn to Big Daddy the minute she got wind of her husband’s dalliances.

The door chime rang. In walked a young couple reeking of need, affordably-priced need. Andy looked at the Dynamic Duo and they nodded. Let the fresh meat have this one. Besides, there’d be no real commission from the look of these two. Java and air conditioning ruled the day.

Andy wandered over, flashed his best smile and offered his hand.

The man looked at him warily and shook the sweaty hand. “I’m Tom. The missus needs a car to get around in while I’m at work.” The woman didn’t say anything or even make eye contact.

“A thousand bucks, all in.”

Andy did his best to hide his disappointment. Out of the corner of his eye, he caught Bill and Fred chuckling at his misfortune. Bastards.

There was only one car to show Tom and his silent bride. It was a lemon, more fibre-glass repair than original parts. It was a write-off that Marty scored on the sly. It was a wonder it ran as well as it did. At the very least, it probably wasn’t road worthy. Lipstick on a pig was all the love it got.

Of course, Andy didn’t offer these facts. He needed the sale. Besides, caveat emptor.

Thus began the dance of buyer and seller jockeying for position. Tom took every advantage of the salesman’s apparent nervousness. Andy dickered away his commission to make the sale happen. Hopefully, it was enough to stave off execution.

On the hood of the jalopy, the deal was done with a stroke of a pen. Andy’s hasty signature stared up at him with victory. He spared a thin smile. Tom caught him.

“What the hell are you smiling about?” he asked.

“Nothing. It’s just been a slim week. I appreciate the business, Tom. Enjoy the car.”

The man harrumphed and left Andy to his paperwork. He opened the door for his wife and helped her in to the car. She seemed to be having difficulty. It wasn’t until Andy caught her in profile that he figured it out.

“How far along is she?” asked Andy.

“What now? We gotta get going.”

“There’s something you need to know about this car.”

Ten minutes later, Andy stared at a pile of shredded contract with mixed feelings. Nearby, Bill and Fred were laughing their asses off. Marty wouldn’t be when he returned. Perhaps he wasn’t cut out for this business.

Gladys pulled up to her father’s lot, put the car in park and sat in the air conditioning for a moment, resting her wrists on top of the steering wheel. She checked her face in the mirror, grabbed her handbag and got out of the car and into the sweltering oven of the late afternoon. Everything shimmered orange and the late-day sun glared off the shop windows. She opened the side door and walked inside, her heels clicking along the waxed showroom floor.

Stuart let his eyes drift the length of her and noted the attention she paid to the little details. Gladys was indeed as much a looker as the younger Missy. She caught his appraisal and smiled thinly. He saw opportunity and she saw predation.

“Hello, Gladys. Marty’s out taking a customer for a test drive.” He lied of course, and badly.

She looked around at the quiet room. Larry and Jimmy made themselves busy futzing with price and spec signs, deliberately avoiding eye contact. Bill and Fred had long since split the scene.

“Really? With these jokers hanging around, he took the walk-in himself? Hmm.”

The seed planted, Stuart walked over to the main window and scrapped a spot off the glass with his thumbnail. His back to her, he counted silently down from ten. Women like Gladys didn’t fancy being ignored.

He turned around and walked past her towards the coffee machine. “That’s a very good question, Gladys.” He started pouring. “Want one?”

Gladys sighed with irritation. “No, thank you.”

Stuart drew a glass of ice water from the cooler and handed it to her. She nodded and drank. The air conditioning made the air dry. When she was finished, she crushed the paper cup and tossed it back at him. He caught it one-handed and dropped it in the trash. Gladys then leaned back on her elbows against the hood of a gas-guzzler and placed one foot, bent-knee, against the tire. Her dress, a moment before proper and befitting her station, took an air of sensuality that made Stuart realize just how far out of his league she was.

“Marty’s screwing her, isn’t he, Stuart?”

Her bluntness shocked him and he swallowed hard. “Without a doubt.”

Her comment hung unanswered as Andy pulled up in one of the demo cars after gassing up and running it through the car wash. He tossed the dealer plate on the dash and entered the showroom in the gangly manner that reminded Stuart of an awkward puppy. Andy stopped short when he saw Gladys.

“Good afternoon, ma’am.” Young Andy always felt uncomfortable around her. The boss’s wife and the owner’s daughter, she might as well have been the queen of the place. Big Daddy certainly thought so, even if Marty didn’t.

Gladys stood and smoothed the front of her dress. “It’s Gladys, Andy. Ma’am is for old people.”

She looked at the young man thoughtfully. “You’re not much of a salesman, are you, Andy?”

Andy couldn’t look at her, remembering the afternoon’s failure. “Not really.”

Gladys eyes sparkled as her mind raced and Stuart realized he no longer held a lead role in this little drama. Marty’s days were already numbered, his leverage worthless.

“Yes, Commerce and Marketing, actually. This’ll be my last year.”

She took Andy, stunned, by the hand and headed towards Marty’s office.

Stuart stopped her with his hand on her arm. Gladys turned and kissed him deeply. “That’s what you always wanted, Stuart. That and more?” She patted him on the cheek. “You’ll break the news to Marty, won’t you? I’m sure you’ll thoroughly enjoy it.”

A big grin opened up on Stuart’s face. Opportunity knocks indeed. Yes, he would savour that moment and maybe a few others later. “What about Missy, Gladys?”

“What about her? I’m sure she’ll land on her feet. Girls like her always do. I plan to be a little more ‘hands-on’ around here.” She turned back to Andy, still holding his hand. “Let’s call Big Daddy.”