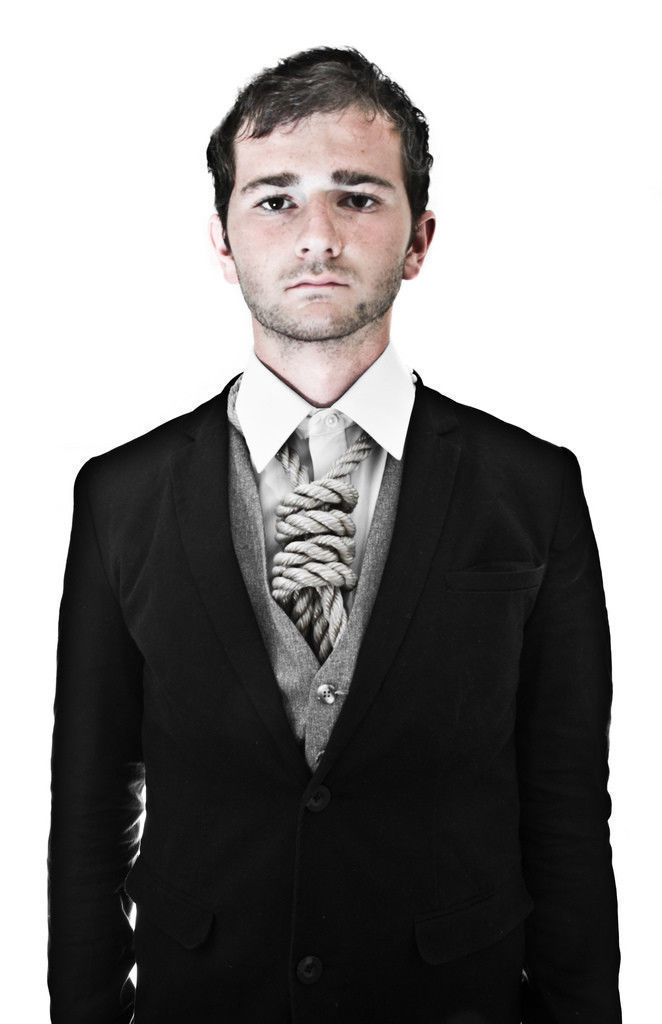 Herb was delusional. He fancied himself a ladies man and a friend to all his peers in the office. He was his boss’s trusted lieutenant and the only one who was ‘Getting Things Done’. His car was the first to arrive and the last to leave. He should know. He checked with regularity. The laughter in the breakroom always stopped when he entered. All eyes were either on him or downcast in deference to his power. He was a force that demanded recognition. He worked hard to ‘Awaken the Giant Within.’ Ah, yes, Herb was a spectacle of awesomeness. Every trip to the staff bathroom had its mirror to remind him.

So, it was to his great surprise and torment to see the note on his chair on a Monday morning. ‘WHY DID YOU DO IT?’ it read. He picked it up gingerly by the corner and popped his head outside his cubicle. He looked left, then right. He was the only one here. Herb put it a folder and wrote ‘Evidence’ across the top. He was weird like that.

On Tuesday, there was another note. ‘WHY DID YOU DO IT?’ it read. The same message, the same block writing. The maintenance guy was in. He didn’t remember his name. It wasn’t important to remember the names of the custodial staff. He couldn’t be expected to keep track of everyone.

“Hey, buddy!” said Herb. “You know anything about this note?”

“Nope,” answered the custodian as he carried on with his errands. The quick dismissal annoyed Herb.

Wednesday brought another note. So did Thursday. Herb showed up at the office extra-early despite not getting more than twenty minutes shuteye. ‘WHY DID YOU DO IT?’ read the yellow sticky as it loomed at him from the seat of his specially-ordered-by-HR ergonomic chair. That was a hard fought battle. He had to call his union rep and everything.

He asked his boss, Mister Randall, about the notes. He waved his folder around like a man desperate for answers. Of course, his boss didn’t have any.

“Sorry, Herb. If it makes you feel any better, I’ll send out an email to everyone to ask them to stop.”

Herb nodded and turned to leave. Mister Randall stopped him. “You look like hell, Herbert. It’s time to use up some of that vacation time you keep saving.”

The day came and went. Herb went home to his apartment and paced the floor. He couldn’t figure out what he did. Did someone see him pilfering coin out of the coffee jar? Jane always kept a jar of peanut butter in the fridge. Did she figure out he was skimming some in the evenings to put on Harry’s crackers? He had a reputation to maintain. He worked harder than anyone else. Why shouldn’t he take a few liberties? He was Herb. They loved him. They owed him. There was no sleep for him that night either.

When Herb landed at work Friday morning, the note was there in all its menacing glory. ‘WHY DID YOU DO IT?’ He stomped in to the breakroom where most of the staff were queuing up for their caffeine fix. As was typical, the room turned quiet when he entered. That wouldn’t last. Nosiree.

“Whoever is leaving these notes better stop!” he yelled. Poor Herb was losing control. To hell with his reputation. It was time to catch the perpetrator in the act. He marched back to his cubicle, huffing and puffing in crazed fury. Not much work was going to get done that day. Herb had his mind set on one thing. He was going to stay the night and catch the son-of-a-bitch who thought this was funny.

He was extra careful. Herb set his watch and fired up a YouTube playlist of his favourite tracks. Soon, Alan Parsons Project filled the empty office. He tucked in to Jane’s peanut butter with a spoon and thought of ways to punish his quarry. Despite all his planning, the reality was that he was tired. Not sleeping for several days will do that to a guy. Herb drifted off. He slept like the dead.

Saturday morning, Herb woke at his desk with a start and panic. He slept through the alarm. This wasn’t good. On his computer monitor was another note. It was different. There was one on his keyboard, another on the cubicle whiteboard, one on his favourite stapler. There had to be dozens of these notes. The message had changed. All the notes read ‘WHY DON’T YOU DO IT?’ Herb tugged at fistfuls of hair as he yelled to the empty office.

The following Monday morning was not terribly unlike any other. The staff arrived and went about their duties. Herb was notably absent. No one complained. It was a good day. Jane had to go to the supply room for some toner. The copier was out, no big deal. When she opened the door, she was greeted by a pair of fake leather shoes at eye-level and a foul stench.