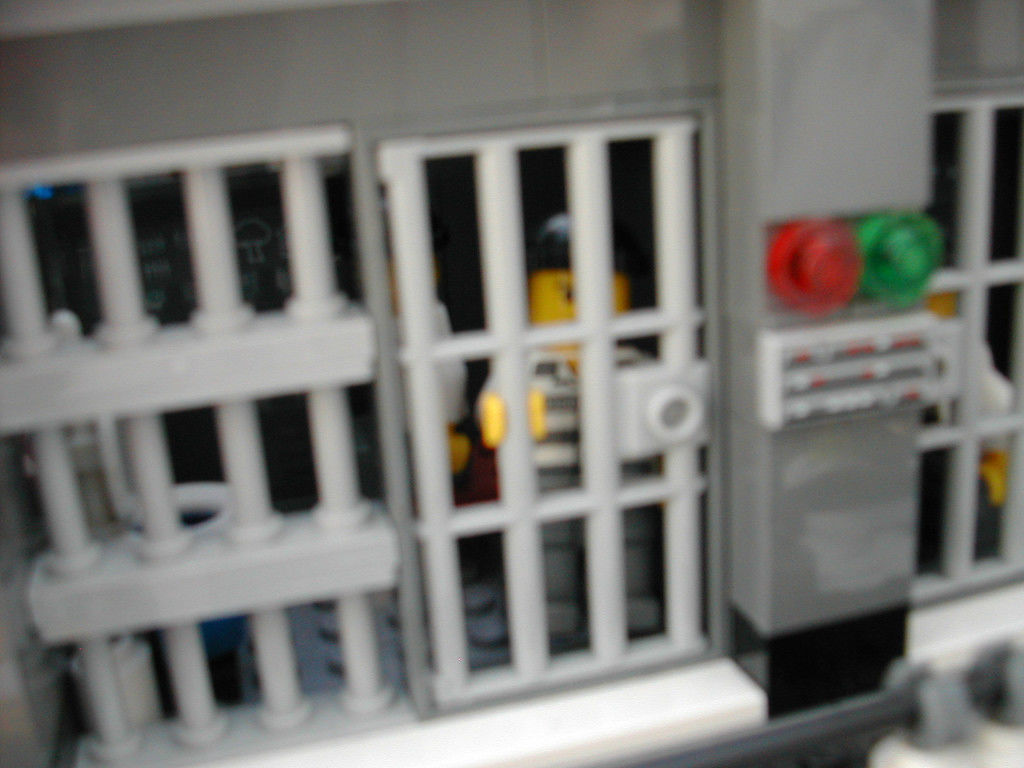 Larry sat in the jail cell and tried to make himself invisible. The smell of piss, sweat and stale booze made him light-headed. An acrid mouthful of pre-vomit spittle coated his tongue.

His twelve-hundred dollar suit started out the day as a prized symbol of Larry doing all the Right Things. Balanced diet and an executive gym membership rounded out the package. He married his high school sweetheart and spawned two-point-four kids, if you count the dog. Ladder-climbing the equities business at his uncle’s firm was on his Life Goal List.

Good ol’ Larry was a Believer. You make your own luck. The Power of Intention was his secret weapon. He didn’t really intend on sharing space with a cage full of drunks and whores, but there he sat, in a blood-and-mud stained suit wearing a lone shoe.

“Ya shouldn’t have deleted that email,” the passed-out wino beside him whispered. It was more of a belch, really, but who’s keeping score, anyway?

An emaciated sack of bones with too much makeup and not enough clothes said, “Chain mail has to be forwarded. It’s bad mojo, Larry.”

“Would it have killed ya to forward it?” squeaked the sizable rat that made its gauntlet-run from behind the shitter to under the aluminum cot. “Dumb-ass.”

“Fuck-up”, mumbled the drunk, then proceeded to let loose a violent fart.

The wraith-bitch frantically chewed on her nails and simply said, “Loser.”

“Ten-years bad luck, my ass,” Larry said to himself and to his imagined jury.

“Ten-bucks gets you mine, sweetie,” said the hooker.

“I’ll give you twenty for yours, hot stud,” said the very skinny young man in a tube-sock dress. He mascara was dripping, so he wiped his face with his dollar-store blond wig.

Larry could ignore the black cat and talk his way out of the ticket at traffic court. Bad luck? Nope. He just wasn’t focused enough. There were bigger fish to fry. Now, his car not starting created havoc, real problems.

He stood outside his car waiting for the tow truck and cracked open his Emergency Smoke and lit it with the Emergency Match, ten years down the drain. It was dryer than his sex life and burned out just as quick.

When the garbage truck arrived ahead of the tow truck, Larry had no inkling that this particular vehicle hid his secrets. He had no clue that the garbage man was an Italian hand-talker and that the tow truck driver was behind on his child support, buried in gambling debt. Larry’s super-intuitive intention mindset didn’t predict the inevitable fist fight.

Standing behind his car at the arse-end of the garbage truck didn’t serve as the best way to achieve his Goals. Maybe it was the nicotine playing with his judgment. He was pretty sure that the cigarette was what was making him woozy.

When the tow truck driver threw a southie punch, the Italian ducked and received only a glancing poke. He managed to stay on his feet, but still swung his arms around to hit the dump lever.

The entire contents of seven city blocks worth of refuse poured atop Larry’s car. As the bin made its final heavy metallic clunk, one last item thumped and tumbled right on to Larry. He held the dripping object to his chest in complete shock.

Larry had been so careful to make sure that his boss’s body was dismembered and dropped in nine different dumpsters. It clearly wasn’t in the Master Plan to be still in the city on Collection Day. Larry didn’t believe in Luck or Fate. Either he was in charge or someone else was. Deleting all the old email from his tormentor seemed like a good idea at the time.

The Road to Hell is paved with Good Intentions.