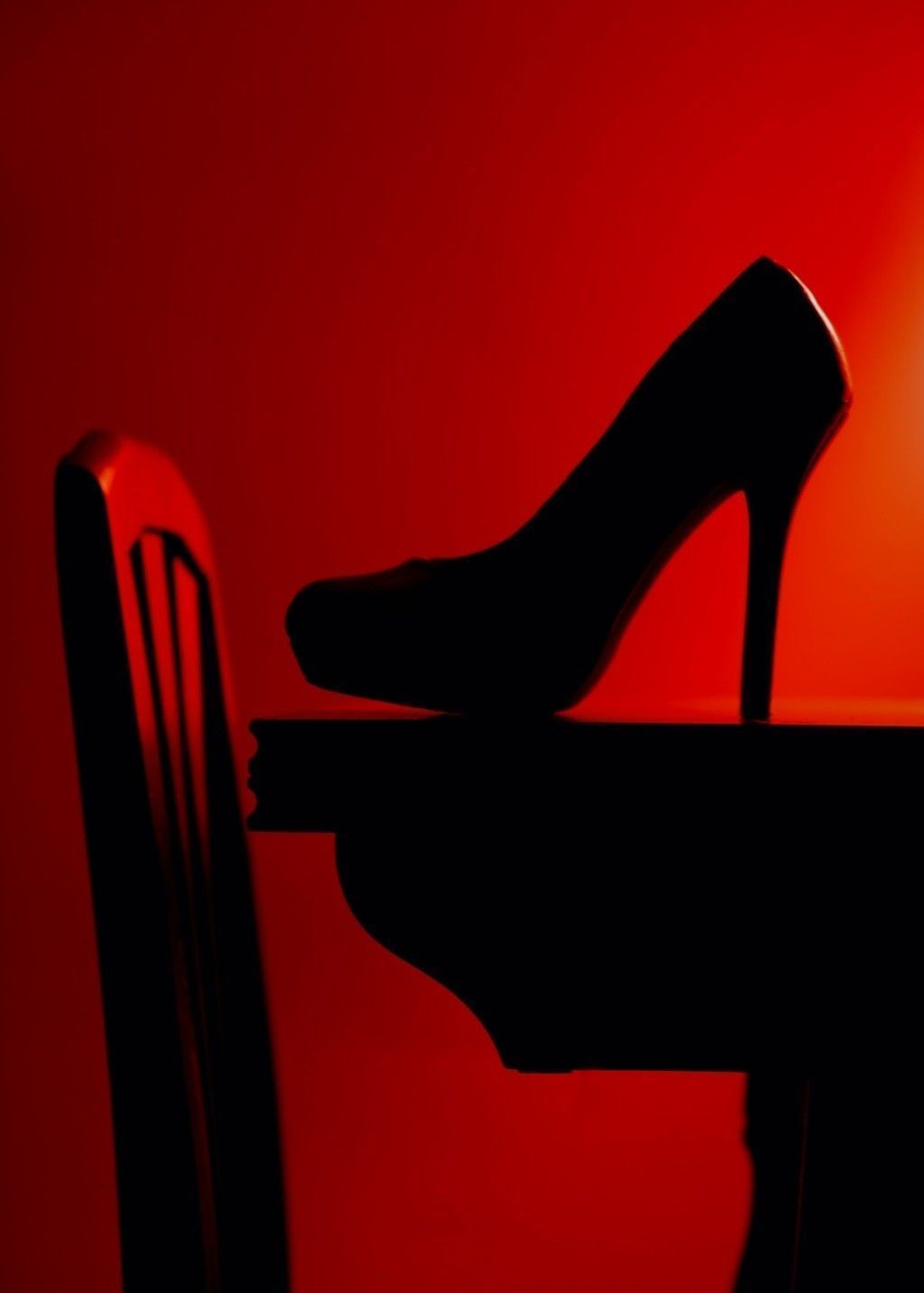 Agent Justin Cayse left the bordello from the rear, having escaped his captor. Ava Longleggs, always the most generous of hosts, enjoyed Mister Cayse’s visits immensely, often more than once. To be sure, the restraints were optional.

“Do come again, Justin,” she said as she played with a lock of her auburn hair.

A sizable shadow appeared behind her as the master spy rounded the corner.

Ava turned around, reached up and patted the cheek of her trusty henchman.

“Not yet, Tiny.” She nodded down the alley. “He’ll find his way back. Well, if my math is right anyway.”

Tiny snickered and the two went inside.

A few blocks away, Justin let the dawn breeze cool him as he sped down the boulevard in his open-topped Roadster. All told, it measured as a fruitful evening in service of The Public Good. Sector long suspected the lovely Ms. Ava of peddling more than bodies and blow. Three of their best agents found themselves on the wrong side of the harbor. In a mere handful of hours, Justin achieved more than Sector had in two years.

He’d been cooling his heels at the tables in Nice when he got the call from Control herself. Probationary reinstatement. Short-stacked and bored, he readily accepted the assignment. After all, he was a ‘Man of Action’.

Now, cruising away from the seedy red-light lair of Ms. Longleggs to the gaining light of his hotel by the sea, Justin relaxed. Sector would have to await his report.

Morning traffic forced him to slow to a crawl. The air turned warm as the sun rose. Justin unbuttoned the top buttons of his silk shirt, but it didn’t help. His vision blurred and his hands trembled. When his tongue thickened and the nausea hit, he understood.

The crazy bitch drugged me! He wheeled the car around in his trippy haze. Justin’s body slammed into the steering wheel as the Roadster came to a sudden stop in the rear of a Jaguar.

The first thought flashing through his addled mind was of remorse for the damage of two fine automobiles. The second was that he recognized the Jag immediately.

A few hours later, Justin sat alone in a familiar office awaiting judgement. The Narcan did its job easing his symptoms, but the jittering remained. This was more message than lethal intent.

“Good day, Mister Cayse,” came a stern voice. The woman behind it closed her heavy door audibly yet restrained.

“A fine day it is, Control,” said Justin.

His boss strode to her side of the desk, smoothed her skirt and sat down. He’d always admired her features, but admonished himself for the thought. Some women were off-limits. Not many, but some. The fun always lay in the chase.

“That’s your third car in eighteen months, Justin. Half of that you were on vacation.” She peered over the top of her thick-rimmed black spectacles with convincing disdain.

Justin, a veteran target of Control’s lectures, could barely suppress a grin. “And a fine vacation it was, ma’am.”

She frowned, irritated at his jocularity. “I wouldn’t recommend that.”

He stood and walked over to the sidebar and selected a single-malt. “What’s that? Crashing into your car? Agreed.” He lifted the bottle with reverence. “Balvenie? Nice.”

“No, your insurance graciously picked up the tab for the Jag. But calling me ma’am is ill-advised.”

He played the submissive. “Yes, Control.”

She opened the dossier on her desk and made a clicking sound with her tongue and teeth as she read. “Blood alcohol of 1.6 and enough opiate to fell an elephant. Really, Justin, I know not whether to be angry at your flagrant disregard to protocol or be impressed with your constitution.” She looked up. “Pour me one as well. Neat.”

Justin poured two tumblers and waited. “We could always split the difference.”

Control came around her desk, half-sat on the edge and accepted the glass. “How so? Did Longleggs give anything up?” she asked as she sipped the silky liquor.

He appreciated the distraction of well-toned legs. Was that a blush? Interesting. He continued. “Certainly. I managed to extract some key intelligence as well.”

“Do go on,” she said, rapping her manicured nails against the side of her drink.

Justin reached in his breast pocket for a thumb drive and handed it to her. She regarded it in her palm thoughtfully and closed her hand.

“The raw audio record from all the suites are here. All the wifi mics downloaded fine. I gave it a quick listen. Pillow talk, even with overpriced whores, is a marvelous thing. The connection with Ava’s organization, Bristol Corp and the German government: all confirmed, as is the Canadian security breech.” He paused to let it soak in. Things didn’t bode well and they both knew it.

Control lost her appetite for libation, placed her glass on the desk behind her and folder her arms. “Damned Canadians.”

“They had help,” Justin said and continued to savor his drink. He watched her demeanor change. Hands palming her hips then arms crossed again, speaking volumes.

“I’m getting to that.” He liked her but never trusted her. It was an interesting turn for Control to be vulnerable.

A wrinkle crossed her brow as she worked it through. “So why were you back at Ava’s if you already had the data?”

Fidgeting again. “Of course not!” she said.

“Interesting. You might want to review file 87-Alpha. It doesn’t appear in the copy I submitted for evidence. Only this copy and the original. Gambling is a terrible vice. How deep are you?”

Her eyes grew wide and fiery at the accusation. “I’m not—”

Justin waved her quiet and pressed “How deep?”

“350,000.” The truth of things exposed, Control reached for her drink and brought it to her lips.

He stopped her hand and bent to meet her eyes. “Dollars?”

“No, pounds,” she said, shrugged him off and emptied the glass without so much as a wince.

Justin straightened and regarded his handler. “Seems to me, Control, that you have a conflict of interest here.”

With a little fortification on board, she regained her composure. “No conflict, just extra motivation. Two birds with one stone, and all that.” Control resumed her position against the desk, legs crossed at the ankle. With her hands behind her again, she presented a formidable contradiction in assertive sexuality. “What do you want, Justin? I’m not sleeping with you.”

He shook his head. Another time perhaps. There will be another time. “I gave up that pursuit long ago. Consider this a favor, Control. All I ask is for fresh wheels and a little latitude.”

She raised an eyebrow and allowed herself a thin smile. “Latitude?”

It was Justin’s turn to be flustered. “I don’t care for being drugged. Clearly, I’ve piqued Ms. Longleggs’ antennae. There’s more to the story and I intend to sort it out.”

Control returned to behind her desk and picked up the dossier and fingered through it. “The weapons trade?”

He nodded. “Among other things.”

“Be careful, Mister Cayse,” she said, sat down and started clicking away at her keyboard. He turned to leave. She took off her glasses and called after him. “Oh, and Justin?”

He turned around. “Yes?”

She read from her screen. “Stop by the Armory. I see your new go-bag is ready. I’m sure Tango will insist on showing you all the features whilst you await your new car.”

Without looking up, she added. “Miranda. When it’s only the two of us, Justin, you can call me Miranda.”

He shook his head and smiled to himself as he left her office.