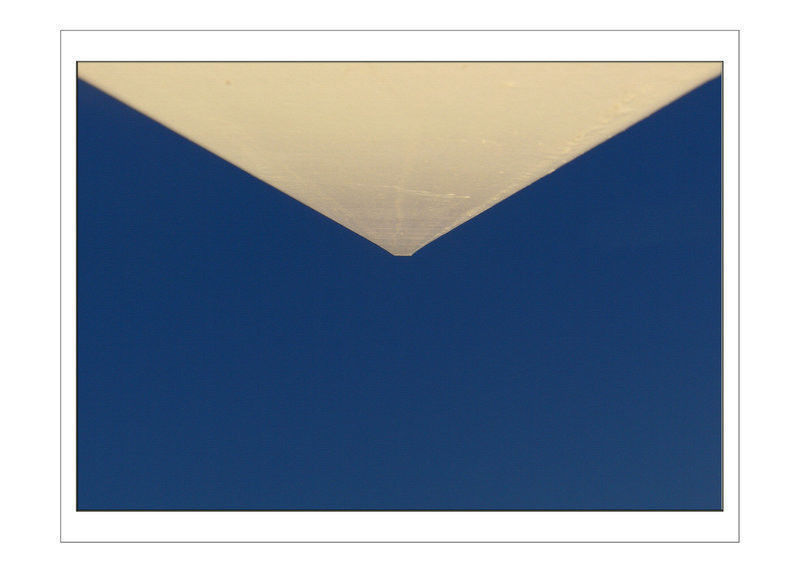 Hugh pressed the ‘check mail’ button again and the little closed envelop popped up, taunting him with its secrets. ‘Everything you know is a lie,’ read the subject line.

He popped his head above the cube-farm wall and saw nothing but the tops of heads; the rats were all busy hitting the pellet bar just like him. No, not rats. Sheep. They were all sheep.

“Huh,” he said and sat back down, pushing his glasses up his nose absently. Brow furrowed, he double-clicked and read.

‘Act calm as to not alert anyone, but everyone around you is not who they say they are. You need to quietly get out of there and meet me at the spot where you had your first kiss. You know the place. My name is Mark.’

Hugh’s first thought was ‘You mean, they’re not sheep?’ and smiled. Clearly someone was pulling a prank on him. He knew no one named Mark and suspected Becky wanted to get even for locking her in the copyroom last week.

Of course, it was an accident. She kissed him and grabbed his ass, whispering “I’ve so wanted to do this, Hugh. I’ve seen you looking. Now’s your chance, stud.” He panicked, ran out of the room and fled the building. Maintenance let her out the next morning. She flipped him the bird as she walked by at every chance. Hugh figured she’d made extra trips.

Now there was this email. How’d she know? Mother wouldn’t let him date and his experience with girls reflected it. Most of his coworkers thought him gay and Hugh was fine with that.

Ambling toward the copyroom, Hugh half-whistled tunelessly. No one paid him any more attention than usual, which was none anyway. He opened the door and rough hands grabbed him, pulling him inside.

Becky threw the inside lock and flipped on the light switch. The hands that assaulted him belonged indeed to a guy he recognized as Bill, the gas jockey from down the street.

“What the hell is going on, Bill?”

“And I’m not really Becky. It’s Gloria. Although I’ve been playing Rebecca for so long, I’ll answer to either just as likely.”

“I know what you mean,” said Mark/Bill.

Hugh grabbed Gloria by the arm and said “Becky, please tell me what’s going on?”

“Gloria,” she said as she pulled her arm away and slapped him in the face. “That hurts, Hugh. Mind your manners.”

Mark pulled him around to face him. “Look, Hugh, we’re actors. They’re all actors out there. None of this is real.”

Hugh’s eyes bugged out and his mouth opened. It took a few seconds before he could speak. “But, I’m no actor.”

“Think of it as the pinnacle of reality TV, Hugh,” said Mark. He glanced at his watch and looked up at Gloria. “Time’s up. The cameras will be back on in 30. Good luck, Hugh. We’ll be in touch. Go on.”

Gloria kissed Hugh wetly on the lips and he blushed. “Remember, my name is Becky. Look for the cameras and the mics. They’re everywhere.” She looped her arm in his and continued. “Let’s go. We gotta show to do.”