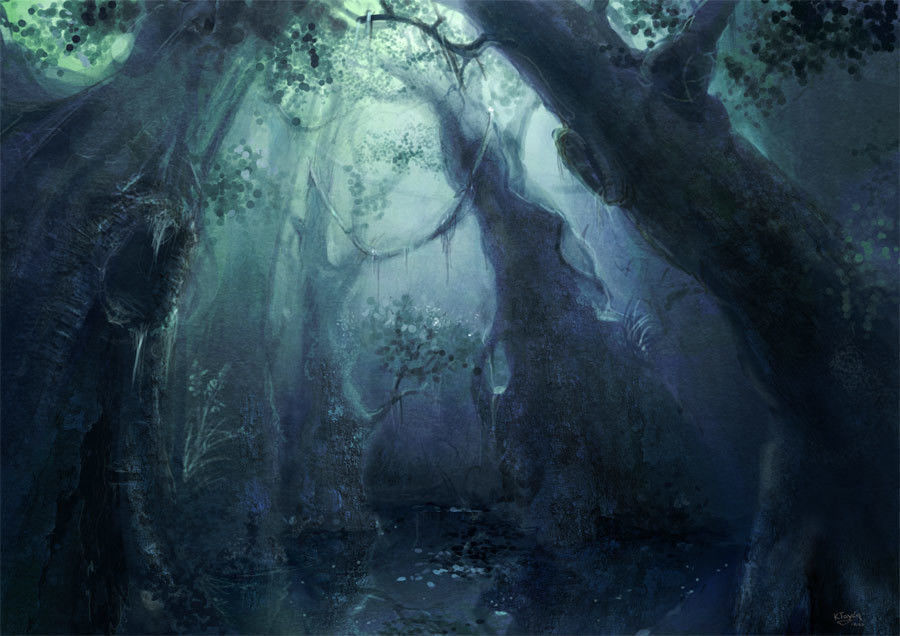 Legato and Mezzo flew as if their wings were aflame, knocking baskets of gathered berries to the forest floor far below. The twins corkscrewed their way up and around the ancient tree to the canopy of the Glade. They landed on the Great Chamber’s platform at a sprint. Chancellor Fortissima of the Faie waited for her couriers to catch their breath.

“But Milady, we have to share these foul tidings,” insisted Mezzo.

She dismissed his concerns with a subtle nod. “I need clear words, young Mezzo. Take some nectar and bring your thoughts to order.”

Legato rubbed the salve brought him by the Chancellor’s handmaiden. His wings ached and the paste cooled his shoulders. He knew the young girl from his youth, but her name eluded him.

The elder Legato always carried himself more reserved than his slightly younger brother. He understood that whether in the role of leader or Auntie, the Chancellor was more often right than wrong. So he placed a hand on Mezzo’s shoulder and offered the bowl of medicine. Mezzo nodded, traded with the nectar, and they refreshed themselves.

Fortissima waited with patient grace before taking away the bowls; she handed them to her handmaiden and bade the boys to sit.

“Now, what news of South Farthing? Has it fallen?”

Legato spoke up. “Yes, Auntie— I mean, Chancellor. The Night-Seekers breeched the forest gates a few hours ago. Bravura insisted on us joining the fight. She wouldn’t abandon them.”

Mezzo voice shook. “She screamed while they fed. They plucked her wings and sucked them dry. We couldn’t save her. We couldn’t. We tried but there were so many.”

Legato hung his head and murmured, “We fled, Auntie.”

“How many of the aliens did you see?” asked Fortissima. The last reports were that they hunted in small patrols, organized yet nimble.

Legato raised his head and looked up at the beautiful Chancellor, her translucent wings reflecting flickers of torchlight. She stood painfully regal and misplaced amidst this garish interruption, her eyes sparkling wide in curious fascination.

Legato flushed with anger and frustration. “This wasn’t a hunting party, Chancellor. There were hundreds, an army, just like Spinto warned. They are headed here, to the North.”

Fortissima’s features shimmered and shifted as she assumed a warrior’s poise. “Your Uncle Spinto isn’t here, is he?” she responded sharply. “The coward fled, like so many. We will not.”

“The invaders numbered too many to match the skyship we saw them land in.”

Legato interrupted. “Some of the Night-Seekers had wings too, like us.”

“I don’t think all of us Faie are food,” said Mezzo, shuddering.

“This does not bode well, children. I know who these creatures are. They’ve found us. I don’t know how, but they have. But worry not, I’ve called for help.”

A thunderous crack ended the conversation as a large branch fell from above, knocking over the torches and setting the platform ablaze.

Shouts of pain and surprise surrounded the Great Chamber as the Chancellor’s Guardians greeted the invaders, yet fell one by one. Ever protective, Fortissima stood in front of her brethren as the company of Night-Seekers clambered on the platform. She marveled numbly that the aliens’ backs didn’t sprout wings but they nonetheless moved with acrobatic ease and uncommon swiftness.

The smallish handmaiden, caught on the far side of the platform closest to the newcomers, flitted and bounced awkwardly, trying to crawl away; her right wing hung at a queer angle, preventing her flight. A larger Night-Seeker broke rank and grabbed her by the back. Fortissima blanched in horror, watching as the brute snapped her tiny body, drank from her midsection and passed the remains back through the throng.

“Oh, Aria!” cried Fortissima. Legato’s knees weakened at the mention of the forgotten name. Mezzo steadied him as the noise and chaos rose to a frenzied crescendo.

“Enough,” shouted a strong feminine voice from within the ranks and the party fell silent. Only the crackling fire below and the rapid breathing of the Night-Seekers could be heard over the racing hearts of the Faie. The company parted as a lone female Night-Seeker came forward and stood in front, facing the Great Chamber.

Legato and Mezzo took wing and assumed flanking positions on each side of Fortissima. The Chancellor felt small but not altogether powerless; not all specie of Faie were small and flighted. Even in this place, there were secrets. But where were the Lamia? Why didn’t they answer? She straightened her back and regarded the woman approaching.

With her wings extended, Fortissima spoke. “How dare you defile our Glade, Night-Seeker?”

The woman walked forward, removed her gauntlet and offered her hand. She spoke slowly and evenly. “Chancellor Fortissima, I presume? My name is Evie. We did not expect to find Faie this far out. Extraordinary.”

Fortissima stood fuming and silent, her wings swirling in deep greens and blues.

Evie smiled and dropped her hand. “No matter. My father will be pleased.”

NOTE: this story is a continuation of Artemis’ Nightrise.