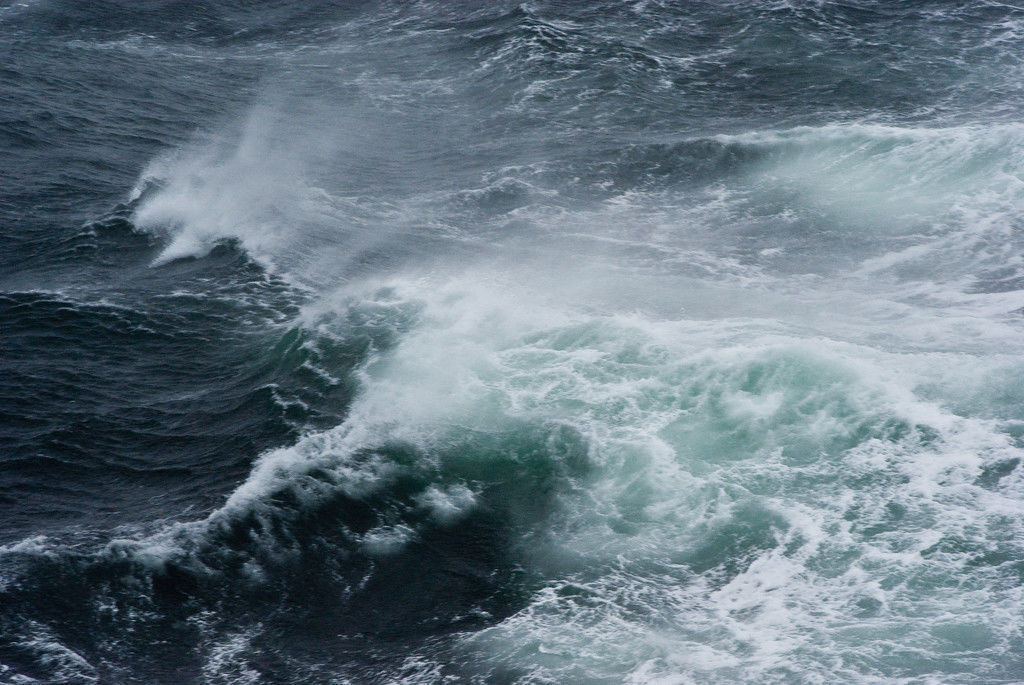 Officially, the Marcy Bell was a salvage rig, licensed for Canadian and international waters but not American. Since 9/11, it was only through a sea of red tape that non-government ships could comb the shoals. For independents, it was impossible. MacKenzie was an honest man— Hell they all were, but, as captain, he had to keep the bank happy. He’d missed last payroll and it was just me and Sam left for the last trip out before the storm season hit. Marcy was a fine tub, but a little long in the tooth for winter work, especially in the middle of the North Atlantic.

As acting ship’s engineer and damn near everything else, it fell to me to spark up the navigation box we pilfered from the Caribou yesterday. We’d come across our competitor’s abandoned boat just inside the border. Aside from the Coast Guard beacon, it was lifeless and taking on water. Feeling brazen and a little desperate, we came abreast and boarded. Sam noted severe hull damage; it’d be under water in an hour. There was no bounty aboard so Mac and I disconnected the bridge gear and we pointed Marcy towards Sable.

Mac and Sam were on the bridge drinking homemade hooch while I worked on cracking the Caribou’s last testament. I didn’t get much: a set of GPS coordinates and a garbled message. The bow heaved as I climbed the ladder and my stomach lurched as it sank deep in to a trough. Hopefully, we’d pass the stormfront on the east. Skirt around to Saint John’s for fuel, then back out to complete the loop to Chester. That was the plan anyway. I looked at the scrap of paper in my hand. Nope.

“Just these coordinates.” I handed him the note. “The Caribou’s last heading before she floundered.”

“That’s in the centre of the fucking gyre, Andy.”

I don’t know why I didn’t give him the other note. It didn’t make sense. The message fragment had scraps about both a claims buoy and a warning one. I needed a score like everyone else.

“We have enough fuel, Andy.”

“Yessir, the port stop was for some better grub and to replace some safety gear. We can head to the garbage patch and back to Chester. We’ll be dodging the storm but should be okay. The models are stable.”

Mac nodded. “Do it. I’m going to sleep this shit off.”

He started down the ladder but stopped, hands still on the door’s bulkhead. “Andy?”

“Don’t tell Sam about the coordinates. Not yet.”

“Not sure. There’s something off about him since we left the wreck.”

“What do I tell him then? His sister—”

He waved me off with his fingers. “I know. Blame it on the weather,” he said as he disappeared to his quarters.

The weather, I thought. Right.