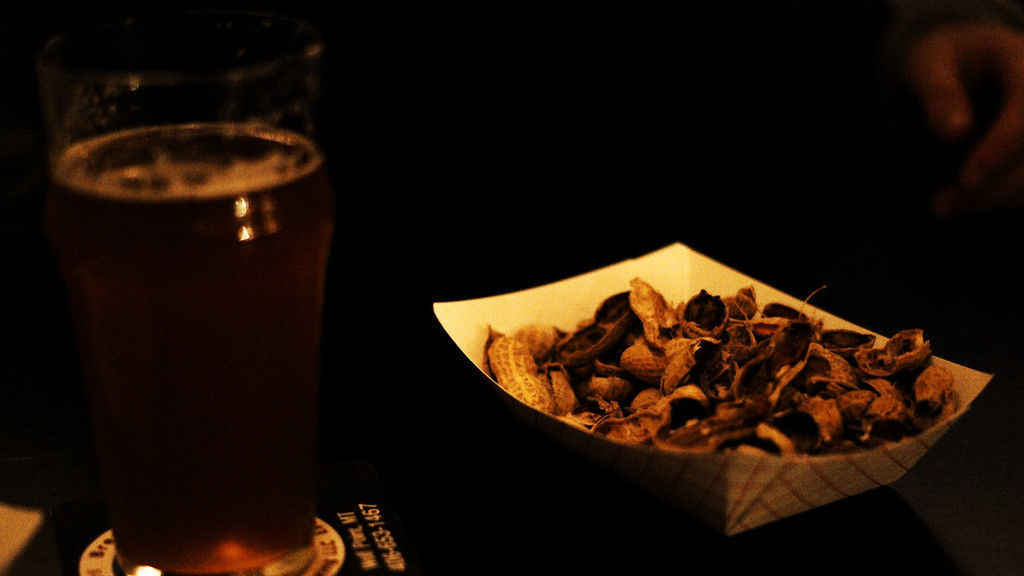 Tommy Andolini was a brute. That simple fact, coupled with an adversarial disposition, made him well-suited to his profession. In truth, he loved his job. Working for the Gambones had its rewards for a guy like Tommy. Any chance to work out his aggressions was a good day. Today was going to be a great day.

You see, Tommy hated the Irish. No reason. Maybe it was their tendency for sarcasm. Maybe it was just that he didn’t like gingers. What’s important was that an Irishman named Marty O’Brien liked to gamble. It didn’t matter if it was ponies or sports. He’d gamble on the weather if there were any takers. Poor Marty’s problems were two-fold. One was that he wasn’t very good at picking winners. The other was that he wouldn’t, or couldn’t, stop.

So, it was little surprise that Tommy caught up with Marty exactly where he expected. There sat the miserable slob, perched on a stool at Harry’s on 4th, nursing a beer and watching the Bills lose again. He was dressed in a wrinkled tux. Peanut shell remnants scattered about the bar as he reached in his jacket for his ever-thinning wallet.

Tommy chuckled to himself as he passed by the window and approached the door. Pathetic, he thought. He knew Marty’s big brother quite well. Mikey was a working man. Construction was his game, but he eked out a side-hustle collecting the neighborhood dues. To say that Tommy wasn’t fond of him would be generous. He tolerated him as a means to an end. If lining the pockets of one paddy meant he didn’t have to wallow in the rest of them, so be it.

But Mikey’s brother was a bona fide screw-up, plain and simple. He could protect his little brother from a lot of things, but how can you protect someone from themselves?

“What’s the deal with the tux?” said Tommy. The large man clamped his gloved hand on Marty’s shoulder. He squeezed, hard.

“It’s my brother’s wedding. Mikey and Erin are finally getting hitched in a couple of hours. I’m supposed to be the ‘Best Man’. What a joke.”

Anxious to move this drama along, Tommy let that last slide. He knew Erin from her pop’s grocery. She was a sweet girl, always treated him nice and smiled a lot. Mikey was a lucky man. He swept the thoughts aside. There was a job to do. “Where’s Mister Gambone’s money, Marty?” He gleefully waited for the response while he felt the muscles in his shoulders and arms flex and twitch in anticipation. Oh yeah, he was going to enjoy this.

“I had it, Tommy. I really did. It was just that the game was on and I had a few minutes to kill.”

Tommy stared at the floor so Marty couldn’t see him grin. “How much is left?”

“Nothing.” said Marty very quietly. He knew this wasn’t going to go well.

Tommy had his pre-altercation speech all ready. This was a welcome ritual for him. It was ‘go time’.

Wait a minute, thought Tommy. How’d this loser get a hold of three large to squander in the first place? Then it dawned on him.

“Marty, where is the ring? Who’d you pawn it off to?” Tommy was getting angry, but not in the professional way that he started out with five minutes ago.

“Does your brother know yet?”

“No. I was thinking about splitting.”

Marty bowed his head. It was this small and shameful gesture that clicked something in Tommy Andolini’s mind. It might have been his heart or indigestion from the cold slice of pie he had for breakfast. The Gambones’ enforcer saw a bigger picture. Not for Marty or even Mikey. Erin deserved better. Straight-up.

“Salvatore’s, dim-wit. To get the ring back.”