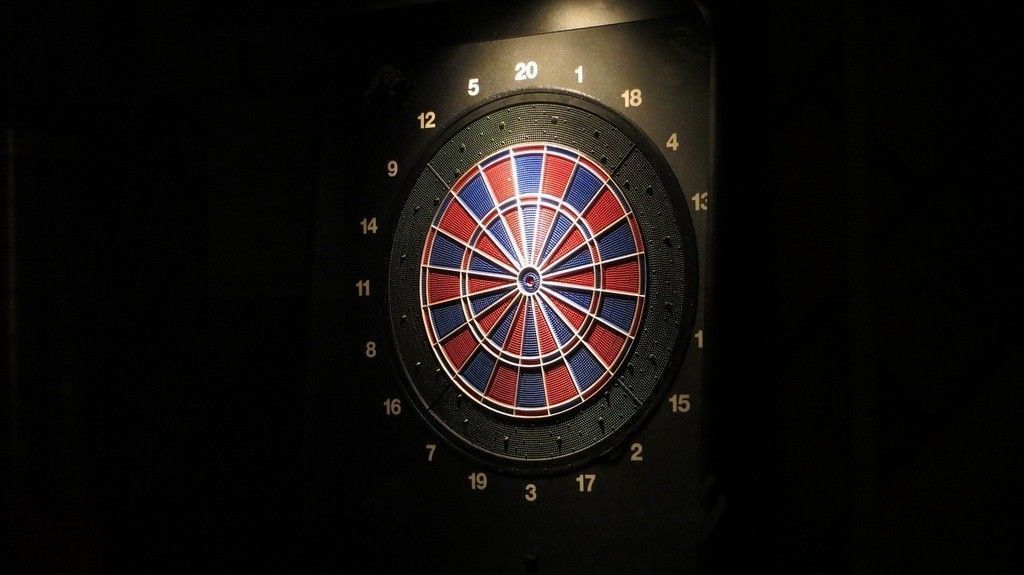 Melanie closed one eye and focused on the board. After the last pitcher, her vision wasn’t much to be trusted. Come on’, Mel. Three darts and we finish this. Need the rest of Jimbo’s wad. Girl’s gotta eat. She pulled her hand back to her ear and flicked the dart. Dammit. Effin’ trip-one.

“Not your night, eh Mel?” asked Jimbo, as he waddled to the line and waited for Melanie to pluck her dart from the board. He made no attempt to hide his ogling of her behind.

“You gonna play or not?” she asked. “We’ve been on the double-one for ever.”

Jimbo tossed his first dart and it went wide. The second hit the double twenty. No good.

Melanie took another slug of draft. Couldn’t possibly make things any worse. She stood at the line and held held her breath until her head swam and then let it out. Her eyes watered then cleared. Okay. Time to get the Hell outta here.

The table stakes were the same every week. The boys would come in from the work camps, loaded for bear and flush with cash. They worked hard and played hard. One could hardly blame them for wanting to blow off a little steam.

Women like Melanie were flown in by the Company to provide a little weekend entertainment. None of it legal of course, but no one seemed to mind, so long as the bruises didn’t show and everyone kept their trap shut.

Melanie liked to up the ante. She’d no desire to be a ‘camp bitch’ forever. Not since Clara got beat up and mysteriously disappeared. Went home, the Company said. Screw that. Well, screw Jimbo too— he’d like that.

She needed cash and he had it. Jimbo had a gun and she needed that too.

Melanie drew her hand back and let the dart fly true.