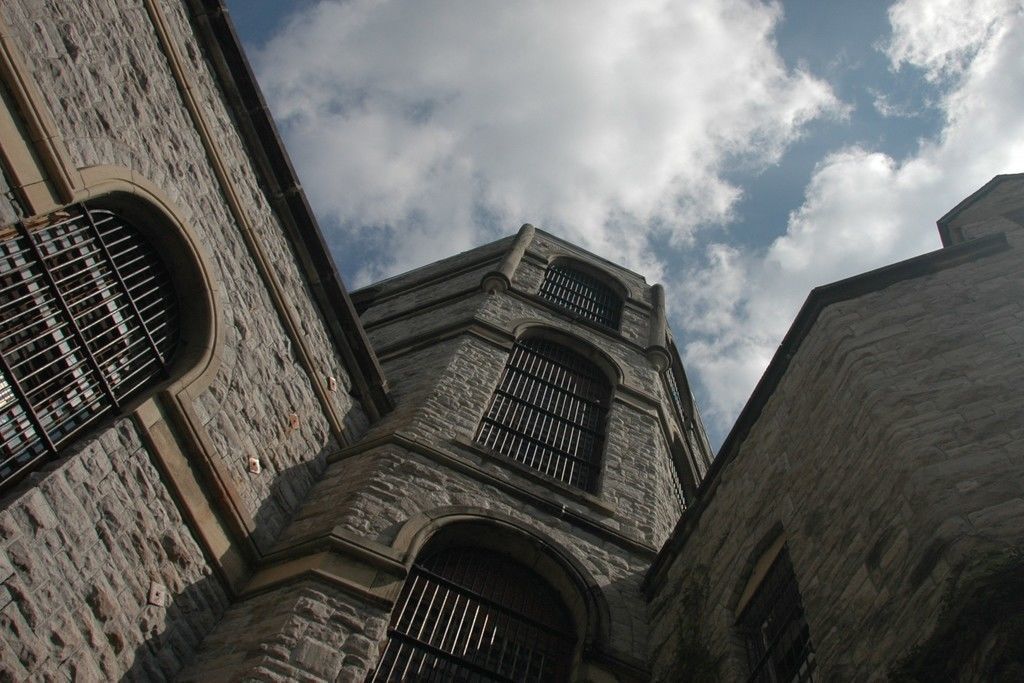 ‘How the Hell did he get up there?’ thought Tony as he looked up the rampart wall of the prison’s exercise yard. Wendell held what could only be a shiv to the narrow throat of their beloved Warden Thomas H. Macey.

He’d been lined up to head inside for chow time when the goon squad thundered behind them. Tony heard one of them yell “Fucking, Wendy” and dropped back. He and the kid were pretty close. Sometimes, in a place like this, the strong are obliged to take the weak under wing. They were friends, but a stretch in the dark changes a man.

He sidled up to Garraty, one of the old-school C.O.’s who’d been on the job for as long as Tony marked time inside. Many things changed over the years, but not everything. Some days it was just business. Other days are best reserved for another story.

Tony coughed and spat. It’d been a long winter and he wasn’t a young man. “Hey, Boss. What’s with the Warden, picking on poor Wendell?”

Garraty raised his baton and squared the lifer’s chest. “Not funny, Tony. You best get back in line.”

“I might be able to help, Boss. The kid and me got a connection. He’s not doing well in here.”

“No shit. The snipers will take him out once they get a clear shot. Warden Macey is likely to take a fall. That’s all that’s saving the kid.”

“Let me talk to him.” Tony didn’t much care for the Warden, and to be truthful, the C.O.’s weren’t none too fond of him either. That didn’t change much of what had to happen.

Garraty eyed him thoughtfully for a moment and dropped the baton. The two men hurried to the base of the wall, careful to keep behind the tactical-line. The other bulls were inflating a jump-cushion.

“Can I use the megaphone, Boss,” asked Tony of another guard. The guard looked at Garraty and the senior officer nodded an assent.

“Wendell,” said Tony. He possessed a deep voice and through the megaphone, it boomed. “This ain’t gonna cut it, kid.”

Tony lowered the megaphone and looked at Garraty. “You said you got to him before the wolves.”

Garraty met Tony’s glare. “I did. This was Macey’s doing.”

“Would it have mattered?”

Two rifle shots echoed loudly and it was over; any debate between the two men stood moot. Warden Macey landed squarely on his cushion, throat cut and lifeless.

As for Wendell? He escaped his wasting death, time served.