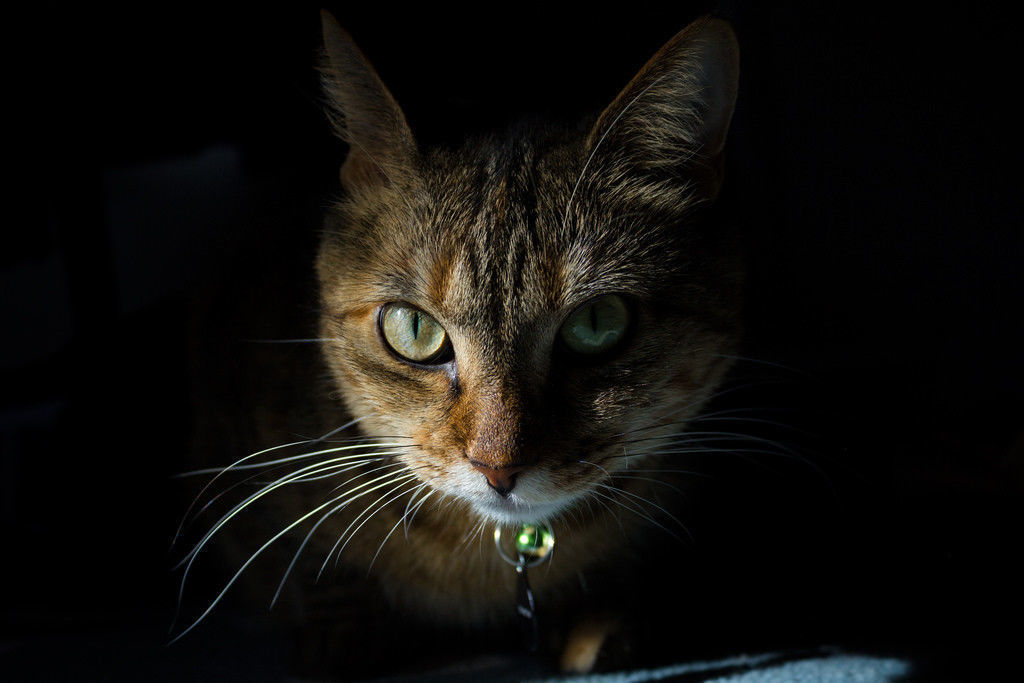 Jackie pulled the collar of her housecoat tight around her neck and opened the door to let her cat inside after his morning romp. She clutched the coffee cup and shivered as her breath joined the steam, freezing against the frosty autumn morning.

She spooned out some fresh pate for her beloved fuzz-ball and placed the plate on the floor. Puddles tucked in to his dish as if he’d not been fed in weeks. Jackie kept thinking about the mouse, but decided it was a task for later.

The chrome kitchen set saw better days, as did the rest of the house, but Jackie didn’t mind. She sat at the table and read the daily obituaries, always the first source of inspiration. Jackie folded the paper back to the front page and scanned the headlines. No news is good news.

Puddles started rubbing against her legs. “Not now,” Jackie said with a hint of irritation. He jumped on the table, pawed and head-butted the paper. She smirked a bit and put the paper down. * Time to plan later.*

Jackie scooped the overweight cat up in her arms and started scrubbing him behind the ears.

“Don’t call me ‘babe’. How many times have I told you to call me ‘Mistress’?”

“Whatever, babe.” Cats can be such assholes.

“So, you brought me another field-mouse. I told you I needed something bigger.”

“Mere cat, my ass. We both know differently. The Grimoire clearly states that I need a young sacrifice for the spell. Tonight’s the night. Stop screwing around, Puddles.”

“Trying won’t cut it, kitty. These will though.” Jackie showed the cat her couponing shears and made snip-snip motions. “I’m sure there’s a nifty spell requiring feline testicles. If you can’t be useful one way, I’ll make sure you are in another.”

Puddles ears went flat to his head, his eyes widening. “Please, Mistress. Just one more chance. I can do it. I will do it.”

“You better. I need one pink, squirming little thing. Alive. That’s it.”

“I’ll have to shift, you know. In daylight.”

“Of course you do, numbskull. It won’t matter much after the storm tonight. Get it done. Shoo!”

Jackie stood and opened the door for her servant to do as bid. The witch stood in the center of her kitchen, downed her coffee and hung up her housecoat beside her cassock. She wore a simple black singlet and shorts; the house would be very warm shortly.

Two armloads of hardwood later, the wood range glowed orange and the cauldron boiled rapidly, its sweet vapors filling the room. Jackie was pleased with the work so far.

There was a scratching at the door, then a familiar, welcome sound.