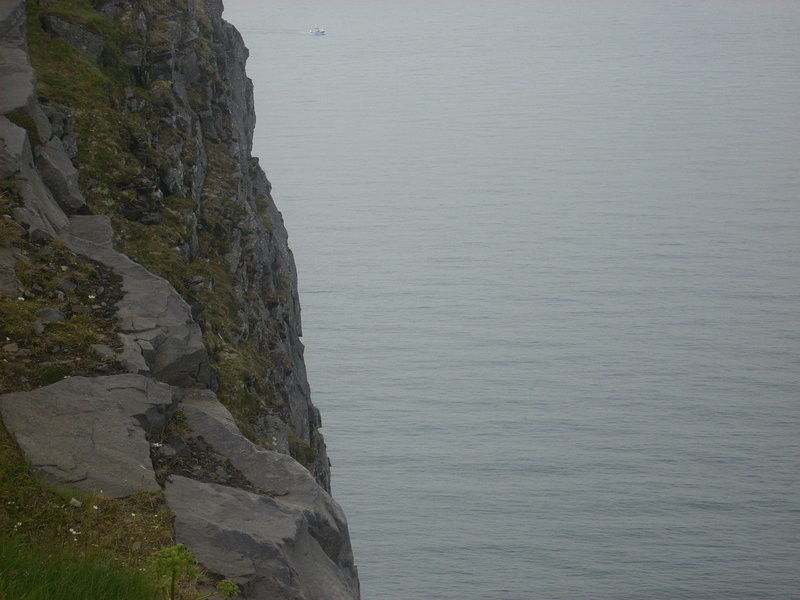 The Allfather’s daughter, shame of Asgard, fled the Great Hall and made her way through the wood to the cliff-side. There, she gathered her furs about her shoulders and waited. Brynhildr wiped her tears away and closed her eyes to the wind off the sea. He would come, she thought. Loki always did.

The moon rose over the ocean and she remained, her limbs numb yet her anger coursing through her. How could Woden condemn her, his own daughter? Had she not yet proven time and time again her worth as warrior? Brynhildr, born a shieldmaiden to Frigga, knew no other life, and to be cast aside as having no value was offensive. Given the choice, her mother chose consort instead.

Then, he was beside her, and she felt Loki’s heat. His fire warmed her against the isolation and the coming winter. She felt his hands roam and knew his mind. Loki reveled in the chaos of spoiling the King’s daughter. That he had an ally in her against Woden was welcome fortune. Banished from the Court of Asgard freed her to be reborn, to be remade as she was always meant to be.

Brynhildr turned and took her lover’s hand into her own and he kissed her, breathing fire into her soul.

Yes, she would become more than an abandoned warrior princess. Brynhildr would become Valkyrie and woe to those who opposed her vengeance.